5 Best Airport and Infrastructure Stocks To Buy Under President Trump

What are the 5 best airport and infrastructure stocks to buy under President Trump? During the election campaign, Trump made a rather bold promise to rebuild America’s ailing infrastructure, including roads and bridges. Back in 2016, he spoke a lot about the infrastructure and after winning the election, he promised to make it a priority in his first 100 days as President. There were even Democrats willing to work with Trump on this. However, between fighting allegations of collusion with the Russian government, attacking the press on Twitter, playing golf, and pretending to drive trucks, the President seems to have put his infrastructure plans on the back burner.

In June, the administration revealed some sort of infrastructure plan, although it was far from the $1 trillion plan promised. Instead, Trump and his team said they would commit $200 billion over the next decade and somehow get the private sector to invest the other $800 billion. Now, given that the new healthcare legislation has stalled and the infrastructure plan is not even a plan, as there’s little known about it, it’s unclear what the administration will do. Especially since the midterm election season is just months away. 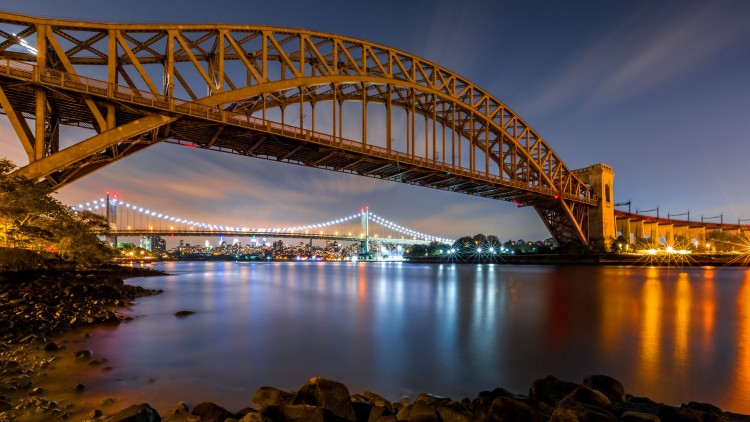 In any case, if Trump and his team come up with a clear plan regarding infrastructure, they can get the legislation passed, especially since Democrats might be willing to vote in favor. U.S infrastructure is in a critical state, with a lot of investment required. In 2015, it was found out that 10% of the some 609,500 bridges in the U.S were structurally deficient and required repairs. In addition, nearly 2,000 state-regulated high-hazard dams needed repair in 2015 and there are constant reports of major issues like the contamination of the water supply in Flint, Michigan and sinkholes. As John Oliver put it in a 2015 segment about infrastructure on Last Week Tonight: “At this point, we are not just flirting with disaster. We are rounding third base and asking if disaster has any condoms.”

Infrastructure needs to become a priority of the new administration, because they can’t use the same approach as with Obamacare: let it fail and then not own it. Among the industries that are looking forward to increased spending on infrastructure are the steel, construction materials, and equipment manufacturing industries, which is why they are good investments. However, there are many companies to choose from. One approach to identify companies that are suitable investments is to look at the hedge fund sentiment towards them, and this is where our research comes in handy.

At Insider Monkey, we follow nearly 670 hedge funds and by analyzing their quarterly 13F filings with the SEC we can determine their collective sentiment towards thousands of stocks. Some of the stocks we select as part our investment strategy, which we share with subscribers to our premium newsletters. The strategy, which is based on hedge fund sentiment, has returned more than 45% since February 2016, while the stock picks that we shared in February 2017, managed to beat the broader market by around 5 percentage points over the following three months.

Having said that, let’s take a closer look at the 5 best airport and infrastructure stocks to buy under President Trump, beginning on the next page.