4 Reasons We Recommend Holding This Telecom

Verizon Communications Inc. (VZ) modernized the telecommunication technology sector by empowering the businesses, people and communities with reliable wireless networks, high speed fiber, and enhanced communication solutions, such as cloud services. Verizon now leads the wireless services sector in USA with more than 107.8 million connections (including 92.8 million retail customers and 15.6 million wholesale & other connections), and ranks second in the wire-line sector after AT&T (T). However, despite Verizon’s extensive product and services portfolio, the company faces severe competition from AT&T in both the wireless and wire-line sectors.

During FY11, Verizon achieved a modest growth of 4.1% in its revenue base on the back of substantial growth in its wireless business. Unfortunately, the revenues generated from its Wire-line segment registered a negative growth, driven by a shrinking demand of company’s enterprise communication solution products. We are recommending investors hold this stock. Here are four reasons that explain, in detail, why.

1. Over the past few years, Verizon has gained a strong position in the global telecommunications sector. On the back of substantial expansions in the number of its connections, Verizon has gained market leadership in the wireless sector with a share of 32% followed by AT&T and Sprint Nextel (S) with respective market shares of 31% and 17%. While the decline in the demand of wired voice connections and traditional data services decreased the company’s market share in the wire-line sector in FY11, going forward, Verizon intends to transform the wire-line sector by expanding their capabilities of FIOS networks. For 2012, we anticipate stringent competition in the wireless sector. Verizon intends to cope with the intense competition by expanding its wireless broadband networks to other parts of the world and providing integrated communication solutions to businesses worldwide.

2. The global wireless sector is continuously transforming, the most recent revolution in the sector was the development of the fourth generation network in 2010. The company’s rapid deployment of the technology in early 2011 gives them a competitive edge over AT&T. Right now, Verizon’s fourth generation network reaches more than 200 million subscribers in more than 195 markets, enabling the company to gain the leadership in the wireless sector.  While the contribution of the wire-line sector in Verizon’s revenue base showed a decline in FY11, the company has shifted its focus on enhancing its capabilities in FIOS fiber networks. Resultantly, by the end of 1Q12, the company had added 193,000 FIOS internet connections and 180,000 FIOS video subscribers, and in doing so increased the contribution of the wire-line segment to its revenues. Coupled with high-speed global internet support, an extensive network of data centers and a bevy of connection points worldwide, Verizon was able to increase the share of enterprise strategic services to its revenue base. Consequently, in FY11 the company became the front-runner in the provision of cloud-based services to businesses. Going forward, Verizon intends to continue to expand its cloud based services to other parts of the world.

3. Verizon’s revenues have grown modestly (around 4.1%), moving to $110.9B from $106.6B in FY10.  At the same time, its revenue from wire-line segments decreased by 1.3%. While the revenues generated from the wire-line segment depicted a growth of 10.6% which was mainly driven by growth in both equipment and service sales, the decrease was mainly attributable to weakened demand of wired voice connections and traditional data services. Despite modest growth in sales and rising cost of operations, the gross margins of the company remained at the prior year’s level of 58.6%, compared to the industry average of 54%. During FY11, selling, general and admin expenses increased by 13.6% while the rising operating expenses were in line with company’s strategy, which is to enhance network infrastructures and investment on the advancement of technology. In turn, Verizon’s net income decreased slightly by 2%, to $10.2B.  Accordingly, the company’s net margin stood at 9.7%, over the industry norm of 8.5%. Moreover, the ROA & ROE remained close to prior year levels of 4.4% and 6.7% respectively. The equity of the company stood slightly lower at $85.9B, the decrease mainly attributable to reduced retained earnings. Verizon’s total borrowing stood slightly higher at $55.1B over $52.8B in FY10. The increase in borrowing was mainly to support the company’s expansions in infrastructure, advancements in networks and acquisitions of wireless companies. As a result, the leverage of the company increased to 1.53x against 1.37x in 2011. In FY11, Verizon’s operating cash flows stood at $29.8B, representing ample cushion to support its continuous advancements in network infrastructure.

4. Going forward, Verizon will be exposed to a range of business risks including: falling demand for the company’s products in its wire-line segment, intense competition from AT&T and Sprint Nextel in the wireless segment, modification in regulations (including any increase in restrictions on company’s ability to operate their networks), higher dependence on continuous technological advancements and greater positive co-relation between company’s profitability and global economic conditions. While knowing the company’s strong focus on quality of service and innovation, we believe that if any of the above risks comes up Verizon is well-positioned to deal with any instability in their operations.

Verizon is a growth stock with a price to book ratio of 3.12x against its industry’s norm of 2.32x. The company’s P/E ratio stock has been increasing and, compared to previous years, has been on an upward trend. Its P/E ratio has increased to 43.3x against 32.7x in FY10. We believe Verizon is slightly overvalued and will demonstrate a minor decline in price going forward. The estimated beta of the stock is 0.39, which signifies lower sensitivity to the movement of stock market. Accordingly, on the back of stringent competitive environment in the communication technology sector, shrinking demand in the enterprise communication solutions, and various regulatory risks, we recommend a hold on VZ’s stock. Limited hedge fund ownership in the stock supports our call. Adage Capital is the only hedge fund with a $100+ million position. Seminole Capital and Cliff Asness’ AQR Capital are the other two funds with $50+ million positions in this tech giant. 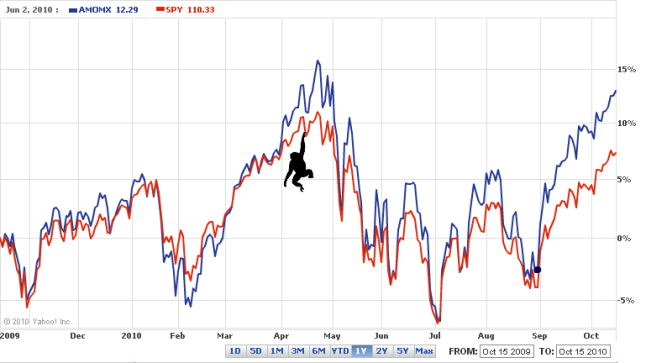