Early investors can reap massive rewards as the industry expands, however, there will always be risks with any new technology. I wanted to explain more about 3D printing, but it is only lightly related to investing in the companies.

Analysts and investors create an opening through short-term thinking 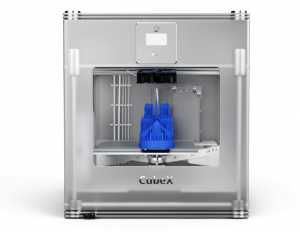 Disappointment at company projections is what has created an opening at 3D Systems Corporation (NYSE:DDD), though the window is closing. The company beat on earnings in its fourth-quarter 2012 results, but offered some modest guidance considering the massive growth it has been seeing. This guidance was below analyst expectations, which is unsurprising since the company has been doing so well as of late.

Financial models and analysts are far better at saying a trend is likely to continue, a.k.a status quo, than they are at predicting a change. Top line growth was projected at up to 37%, while bottom line growth was up to 38%, to put these “modest” expectations into perspective.

The company reported an increase in its backlog, which hovers around $11 million. A backlog is a good sign that orders are outstripping the ability of the company to produce units. Since it is growing, the wait is not moving customers to different companies.

The company increased R&D spending by 62% in 2012, which highlights the importance of the top line as opposed to the bottom line. New products were unveiled and the earnings call noted that new product revenue grew 70%, which means that R&D is translating into something tangible for the company.

Can a growth stock have a P/E ratio that is too high?

The answer to the question is yes, but at times it can be forgiven if the company truly is expected to perform really well. Stratasys, Ltd. (NASDAQ:SSYS) has P/E ttm hovering around 182. Keep in mind that the P/E ttm is calculated with GAAP earnings, with an EPS ttm of $0.43. Management thinks that GAAP earnings do not adequately represent how the business is doing, and it deserves the benefit of the doubt for now. You cannot judge fast growing, small companies by the same rules that govern intercontinental titans.

On a quarterly basis, you might note that the company posts losses, but these are due to GAAP rules. The company does well with non-GAAP earnings, which is what the company itself focuses on. Forward guidance was strong and came in above expectations with a non-GAAP EPS of $1.80-1.95. Guidance has not moved the stock too much as of late. If it cannot meet those lofty goals, then the stock will probably see a sharp decline.

From a business perspective, both Stratasys, Ltd. (NASDAQ:SSYS) and 3D Systems Corporation (NYSE:DDD) have the same focus. Low cost 3D printers that tend to be on the smaller side. Larger units are available, but the companies do aim to have the cheapest versions out there. Widespread adoption is probably the goal. Not sure if 3D printing will ever be popular in the home, but maybe small businesses like craft shops can use them. Think build-a-bear workshop except with computers that have fancy modeling software, allowing you to design your creation then give it physical form.

ExOne (NASDAQ:XONE) is targeting enterprises specifically. That probably means more expensive and fancier 3D printing units. Enterprise equipment tends to have more features, but can be extremely complicated and expensive. To put this into perspective, the company sold 8 units in its latest quarter, amounting to $12.7 million in sales, which is also the revenue for the quarter. Almost half the revenue for 2012 occurred in the final quarter. Revenue was up 87.5% compared to 2011.

The company is very new, and explosive growth is to be expected with growth evening out over time. 2013 guidance sees revenue increasing to $52 million at the top end. ExOne is a recent IPO completed on Feb. 12, 2013, and does not have a lot of data available.