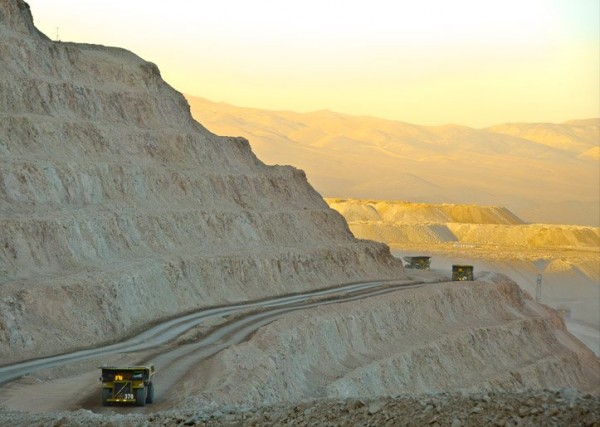 Size and spread
BHP Billiton plc (ADR) (NYSE:BBL) is not only the world’s biggest mining company, but it’s also the most diversified. Over the past three years, in broad terms, group revenue breaks down more or less equally three ways: iron ore, other metals, and petroleum and coal. Geographically, China is the largest market, supplying close to 30% of group revenue, but the remaining 70% comes from far and wide.

No miner can insulate itself from commodity prices, and BHP is no exception. However, with its early , mid-, and late-stage cycle metals; its diversification into oil and gas; and its wide geographic markets, the group is more resilient than its peers.

Boardroom
There have been fireworks in the boardrooms of BHP’s Footsie rivals of late: Cynthia Carroll, boss of Anglo American, departed under shareholder pressure with no successor in place; Tom Albanese left Rio Tinto plc (ADR) (NYSE:RIO) with equal abruptness under the cloud of a $14 billion asset writedown; and Xstrata chief Mick Davis is ceding control to Ivan Glasenberg of merger partner Glencore.

In contrast, BHP’s announcement of the retirement of Marius Kloppers and the naming of Andrew Mackenzie as his successor was made amid little fuss. Was there just a teensy bit of salt-rubbing into rivals’ wounds as BHP referred to a “planned and considered” succession process that “has served the company well for over a decade”?

Kloppers’ tenure at BHP wasn’t faultless, but having taken up the job in October 2007, he did relatively well through a tough period. The company’s shares increased 18% on his watch, compared with hefty falls for Rio Tinto (23%), Anglo American (44%), and Xstrata (66%).

Dividends
BHP’s new chief executive had been appointed by Kloppers in 2008 to lead the group’s nonferrous-metals business — the division from which Kloppers himself had graduated. While Mackenzie brings continuity, he has also promised productivity, capital discipline, and more emphasis on returning cash to shareholders. That’s good news for investors, because BHP’s dividend record is already decent compared with those of its peers.

A good investment?
I’ve just mentioned how attractive BHP’s yield is, particularly given the new CEO’s words on returning cash to shareholders. The price-to-earnings ratio and earnings growth also appear attractive once you look past the company’s current year-end of June 30. The P/E for the year ending June 2014 is forecast to be about 10, with analysts having penciled in earnings growth of some 30%.

The article 3 Things to Love About BHP Billiton originally appeared on Fool.com.