LONDON — The FTSE 100 is perking up today, having risen 0.82% to 6,370 by 10 a.m. EST. That’s not far below its recent peak of 6,385. Improving sentiment from Germany helped boost the index, with economic analysts increasingly predicting a return to economic growth.

But what’s happening to individual companies? Here are three whose shares are rising today. 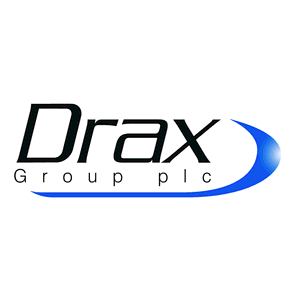 Drax Group plc (LON:DRX)
Shares in Drax Group, the owner and operator of the Drax Power station in Selby, North Yorkshire, are up 5.3% to 636.5 pence in response to full-year results. The shares are now up more than 20% over the past year.

Profit did fall, and it’s forecast to fall next year as well. But that’s expected, as Drax is in the process of converting from coal to sustainable biomass. Chief executive Dorothy Thompson said, “However, as we move beyond this investment phase and replace substantial quantities of coal with sustainable biomass, we are confident that we will deliver attractive returns for our shareholders, who have provided us with strong support.”

Dairy Crest Group plc
Dairy Crest Group told us today that it has had its contract to supply milk to J Sainsbury extended after a competitive process. The new contract is for a further three years starting in February 2014 through to 2017. The firm also reminded us that it is on track to deliver savings of 23 million pounds for the year ending March.

This news pushed Dairy Crest shares up 1.6% to 428 pence, putting them on a forward price-to-earnings ratio of 14 based on current forecasts, but that falls to 12 for 2014.

The article 3 Shares Set to Beat the FTSE 100 Today originally appeared on Fool.com and is written by Alan Oscroft.

Alan does not own any shares mentioned in this article.