In this article, we will take a look at the 11 best lithium stocks to buy now. You can skip our detailed discussion of the lithium market, its outlook and the role it is playing in the EV revolution and go to  5 Best Lithium Stocks to Buy Now.

Lithium is one of the most in-demand commodities across the globe given its immense use and benefits, especially in the battery market. According to a report by Deloitte, analysts have a consensus that the demand for lithium will double or even triple by 2030. Most of this demand will be coming from electric car companies. The same report said that the EV market is set to grow exponentially over the next two decades, fueled by a global push to achieve net-zero carbon emissions and cost-effectiveness of electric cars. According to a report by U.S. Geological Survey, batteries account for about 70% of lithium consumption worldwide, followed by ceramics & glass (14%).

Data also shows that global lithium-ion battery market value is expected to reach about $46 billion by 2026 from $4 billion in 2020, representing a CAGR of 13.7%. In 2020, analysts were concerned about the lithium industry amid falling prices and supply glut. However, as the demand for electric vehicles continue to increase and new players like Apple, Tencent, Intel and Alphabet enter the market, lithium prices are seeing a strong recovery. Global X Lithium & Battery Tech ETF (LIT) is up 127% year to date. Since December 2020, lithium price has gained about 70%.

Lithium batteries require 0.15 kg to 0.3 kg of lithium per kWh making it only one-third the weight of lead-acid batteries. Considering that these batteries are lightweight and have a longer life expectancy, they have become one of the most sought-after batteries for electric vehicles (EV) compared to other batteries available in the battery market today. Lithium batteries are also used in smartphones, smartwatches, and other portable smart devices. According to a report by Statista, the demand for lithium-ion batteries soared 536-gigawatt hours in 2020 and is expected to increase to 9,300 gigawatt-hours in 2030. 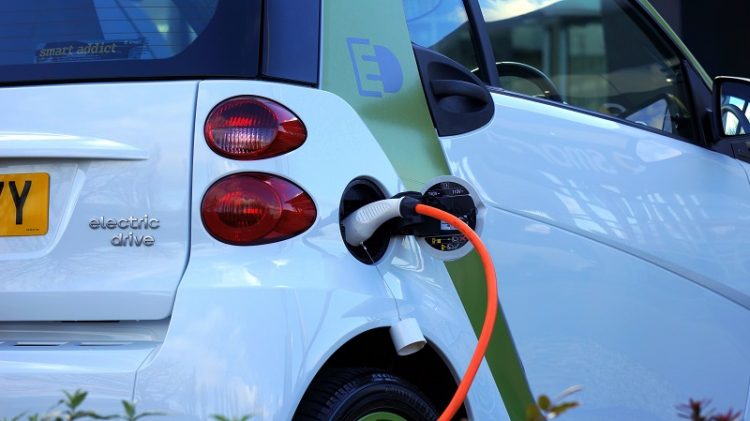 Lithium batteries are perfect for electric vehicles and other non-car electric vehicles such as modern-day e-bikes, e-3 wheelers, e-buses, etc. because of their smaller size and longer life capacity. Given the developing infrastructure and the US government’s plans for net-zero emissions by 2050, the demand for electric vehicles is expected to boom and experts are projecting a growth of 26 million units by 2030 as compared to 3 million in during 2019.

One of the biggest growth catalysts for top lithium stocks would be a soaring demand from emerging markets like China. The Chinese government is setting ambitious goals for EV sales and expanding charging networks to hasten the country’s transformation towards the electric future. According to Canalys, about 1.9 million EVs are estimated to be sold in the country, up 50% from 2020

Another factor that will boost the demand for lithium is the US government’s plans for net-zero emissions by 2050. In late January President Biden committed to replace the federal government’s 650,000 traditional vehicles with electric vehicles.

In order to identify the 11 best lithium stocks to buy now, we used the hedge fund sentiment to measure the potential upside of these investment ideas and predict the movement in the market.

With this context and industry outlook in mind, let’s start our list of the 11 best lithium stocks to buy now.

Ranking 11th in our list of 11 best lithium stocks to buy now is Piedmont Lithium Limited. PLL is focused on developing its Piedmont Lithium Project in North Carolina, with an aim to become one of the most sought-after domestic suppliers of battery-grade lithium hydroxide and other chemicals used in the EV industry. As of February 25, the stock trades at $63. Shares of PLL rallied 630% over the last twelve months.

In September 2020, PLL announced their five-year binding agreement with Tesla for the supply of Spodumene Concentrate. The deliveries will begin sometime between July 2022 and July 2023.

One of the largest producers of lithium, Lithium Americas Corporation is ranked tenth in our list of 11 best lithium stocks to buy now. The company owns large-scale assets located in Argentina and Nevada. LAC focuses on the development of the Thacker Pass project. LAC was acquired by FMC Corporation in September 1985. During the third quarter of 2020, the company reported a loss of $6.5 million or 7 cents per share.

There were 12 hedge funds that held positions in LAC by the end of December, compared to 3 funds in the third quarter. The biggest stakeholder of the company is Axel Capital Management, with 780 thousand shares, worth $9.7 million.

“Selling covered calls on Lithium America (LAC) contributed roughly 0.75% to the portfolio’s quarterly return. The covered calls we sold were laddered and had increasing strike prices at points at which we would have trimmed the position for portfolio management purposes. The volatility of Lithium America’s equity made the calls a remunerative opportunity. We believe LAC may have a long way to go before it is appropriately valued, but we will continue to use covered calls to trim the position size should the opportunity present itself.

We first evaluated LAC in April of 2019 and invested in February 2020. At the time of our investment, a discounted cash flow analysis of the firm’s projects produced a $6.5 valuation versus the share price of roughly $2.8. Today, a year later, we think LAC is worth $18 per share. What changed over the last 12 months such that we revised our estimate up by 170+%?

1. The risk associated with project development, and  2. Time to production

LAC’s South American brine operation secured sufficient funding to bring the project to commercial production (financial de-risking). Their North American clay project received critical environmental permits and made substantial progress on the firm’s processing technology to turn lithium-sulfur into lithium salts (operational de-risking). These developments allowed us to lower the discount rate used on future cash flows to reflect where LAC sits in their development cycle. LAC is also one year closer to production, which means cash flows are accretive to the firm sooner.

In either scenario, a shared thread among most growing businesses is elevated volatility. Perhaps obvious, but again, consider the valuation ramifications. Discounted cash flow analysis treats volatility as risk, and value is subtracted from the business. Option analysis treats volatility as an opportunity and rewards the potential asymmetry. Growth investors frequently think in terms of options, traditional value more in terms of cashflows. Tangible asset businesses, which are historically the value investor’s domain, now need to be evaluated with greater attention being paid to both aspects of the companies future, with investors’ judgment determining where the majority of the weight lies in the final intrinsic value calculation.

We want to poise an open question: how comfortable are you valuing a capital-intensive, pre-revenue R&D operation, selling a compelling product into a market that does not yet exist (hydrogen producer, electric vehicle charging company) or an incumbent that fundamentally changed their business model without changing their product (green aluminum, or steel, a coal-burning utility that is now a fast-growing renewable utility)?”

Sociedad Quimica Y Minera De Chile develops and produces products that focus specifically on plant nutrients, iodine, lithium, and industrial chemicals. Shares of SQM rallied 98% over the last twelve months. SQM currently trades at $57 and offers a dividend yield of 1.86%. SQM was recently upgraded by Deutsche Bank amid a tightening supply of lithium and increasing demand for EVs. The firm also increased its price target for the stock to $70 from $30.

One of the biggest hedge funds having stakes in SQM is Ken Griffin’s Citadel Investment Group, which had $55 million invested in the stock at the end of December. Our database shows that 14 hedge funds held stakes in Sociedad Quimica Y Minera De Chile at the end of the fourth quarter, versus 12 funds in the third quarter.

The lithium chemicals produced and manufactured by Livent Corporation are used for applications in batteries, agrochemicals, aerospace alloys, and other industrial applications. The Global CSR Rating Agency, EcoVadia, awarded LTHM the 2020 Gold Status for sustainability performance. During the fourth quarter of 2020, the company reported a revenue of $82.2 million and a GAAP net loss of $5 million, or 3 cents per diluted share.

At the end of the fourth quarter, there were 20 hedge funds in Insider Monkey’s database that held stakes in Livent Corporation. Robert Karr’s Joho Capital boosted its stake in LTHM by 28%, with $70 million invested in the stock at the end of December.

The North Carolina-based chemical manufacturing company Albemarle Corporation is the 7th best lithium stock to buy now. The company operates 3 divisions: lithium, bromine specialties, and catalysts. ALB rallied 76% over the last twelve months. As of February 25, ALB shares trade at $160. The company offers a dividend yield of 0.96%. During the fourth quarter of 2020, the company reported a net income of $84.6 million, or $0.79 per diluted share. However, net sales decreased 11% year over year to $879 million. Non-GAAP EPS of $1.17 beat the Street’s forecast by $0.05.

However, the company gave a soft guidance, citing weak lithium prices. Despite this, Deutsche Bank analyst David Begleiter reiterated his Buy rating for the stock with a $190 price target. The analyst believes the market overreacted to the guidance and Albemarle’s bullish thesis remains intact.

The 6th best lithium stock to buy now is EnerSys. The company produces and distributes reserve power and motive batteries, battery chargers, power machines, battery accessories, and outdoor equipment enclosure solutions. On February 10, the company announced a quarterly cash dividend of $0.175 per share of common stock to holders as of March 12, 2021.

According to our database, there were 24 hedge funds that hold a position in EnerSys by the end of December, compared to the 22 funds in the third quarter. The biggest stakeholder of the company is David Rosen’s Rubric Capital Management which had 425 thousand shares of the company, worth $35 million. 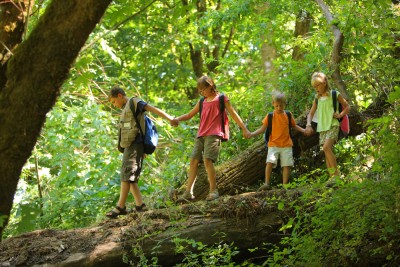 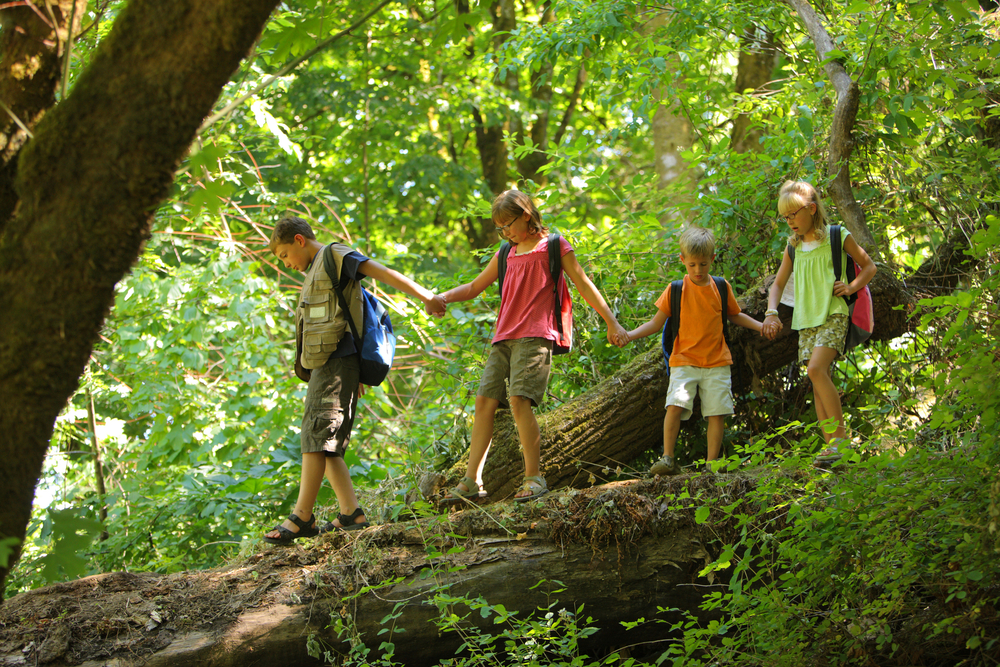