Zynga Inc (NASDAQ:ZNGA) is off to an amazing start in 2013, with around 40% returns after losing almost 75% of its value in 2012. There were many issues that contributed to the downfall of this stock, from losing its top managerial talent, the end of its special relationship with Facebook Inc (NASDAQ:FB), and yearly losses of $200 million in 2012. After months of gloomy performance, the market seems to be settling on a positive note for this stock. Share prices soared recently, following the company’s announcement of the start of its real-money gambling service in the UK. Let’s discuss the stock in detail and find out whether these strategies could be enough to keep the momentum alive. 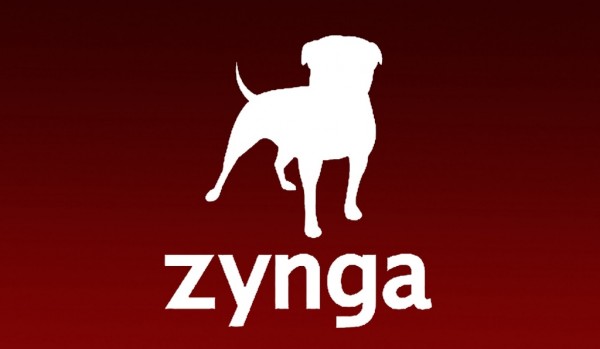 Last week, Zynga Inc (NASDAQ:ZNGA) launched two real-money games in UK under its partnership with Bwin.party. These two games will be real-money variants of the two most popular games, Zynga Poker and Zynga Casino. These games will be available to all users, but the real-money bets will be allowed only in areas where Bwin owns licences. Currently, games will only be launched on the web and for desktop computers during a trial period. After watching responses from the market, Zynga will proceed with its launch on Facebook Inc (NASDAQ:FB) and mobile devices. I see this launch as a wise move by the company, which has the potential to become a rewarding revenue source in the future. Moreover, this is something that creates an edge and differentiates it from the other gaming peers. Regarding the monetary benefits, I feel this is an early initiative, which will be widely available on multiple platforms only later this year. I don’t see any significant financial contribution in the short-term, but it certainly paves the way for Zynga Inc (NASDAQ:ZNGA)’s long-term outlook in real-money games.

Another important takeaway is the advantage Zynga could get, capitalizing upon online gambling in the U.S. market. In the U.S., states like New Jersey and Nevada are in the process of making changes to laws, legalizing online gambling. In December 2012, Zynga submitted a filing to the Nevada Gaming Control Board, requesting permission to offer real-money gambling services. If things move well in this direction, the company could launch similar services throughout the U.S., as it recently launched in the UK. Launching in the U.S. poses some inherent risks for the company, however, with more competition from diversified gaming companies. Last year, Zynga was in talks with Wynn Resorts (NASDAQ: WYNN), discussing a partnership to control the online gambling arena and to manage some of the risks in this market. Wynn resorts has a dominance among the casino companies in Nevada and has already applied for an online gambling license. If the online gambling is legalized in this region,  Wynn’s stock will definitely see a significant upside. Even though nothing has materialized yet, I believe this partnership would be a win-win situation for both companies. Under this partnership, both could leverage Zynga Inc (NASDAQ:ZNGA)’s technological expertise, along with Wynn’s solid gaming experience, for their future growth.

Coming out of the successful knot

Over the last few years, FarmVille has turned the fortunes for Zynga, along with its partnership with Facebook. However, in late 2012, both companies decided to part ways and terminated their agreement in March 2013. Zynga received around 90% of its revenue from Facebook, and Facebook Inc (NASDAQ:FB) received 15% of income in the form of fees from Zynga. After the agreement expired, Zynga lost a lot of market share, mainly due to increased competition and the layout changes on Facebook, which pushed its apps out of prominent spots. Following this, Zynga recently re-launched its website, Zynga.com, which doesn’t require visitors to log into Facebook, and marks its independence from the social networking giant. However, existing users can still connect with their Facebook accounts and use their real names. With a Zynga account, consumers can be anonymous with other users. The users can still integrate with Facebook game boards and friends, but it’s not mandatory. Moving ahead, Zynga is now more focused on building out more website features that allow users to easily connect with one another.

On the other hand, Facebook has moved beyond its relationship with Zynga Inc (NASDAQ:ZNGA). The company isn’t interested in a long-term relationship, but is inviting different games from other developers and will try to figure out a platform for them. According to AppData, King.com has overtaken Zynga’s position, with three of its games making space in Facebook’s top 10 for January, 2013. Moreover, it’s bringing two more games to this social network to continue the exceptional growth. Around one in every five Facebook user plays games on the network. Therefore, gaming remains one of the most attractive opportunities for the company to cash-in. Facebook is aiming at 10 or more graphic-rich games with third-party developers in 2013, which will bring additional revenue opportunities.

There are various positive signs indicating Zynga stock might rebound, but it’s in the early stages. As far as the gambling concept is concerned, this could be the next big thing for the company in terms of revenue potential, and bringing back the gala time. Moreover, if online gambling ever becomes legal in the U.S., Zynga Inc (NASDAQ:ZNGA) could have more cash flow opportunities. I feel, considering the long-term growth factors for the company, the current level offers a compelling opportunity for the investors to make an entry into the stock. I recommend this stock as a buy for a long-term investment.

What Happened at the Boston Marathon: Recap, Analysis, Opinions From Around...