Why These Five Stocks Are in Spotlight on Monday

Markets inched up before the bell on Monday amid news that recent polls indicated that the British voters are now more inclined towards staying in the EU. Nevertheless, investors’ focus will remain on the upcoming UK referendum this week.

Some of the stocks making headlines today include Facebook Inc (NASDAQ:FB), Square Inc (NYSE:SQ), Celgene Corporation (NASDAQ:CELG), Energy Transfer Equity LP (NYSE:ETE) and Williams Companies Inc (NYSE:WMB). Let’s take a look at the developments that attracted investors’ attention towards these stocks and analyze what hedge funds in our system think of these companies. 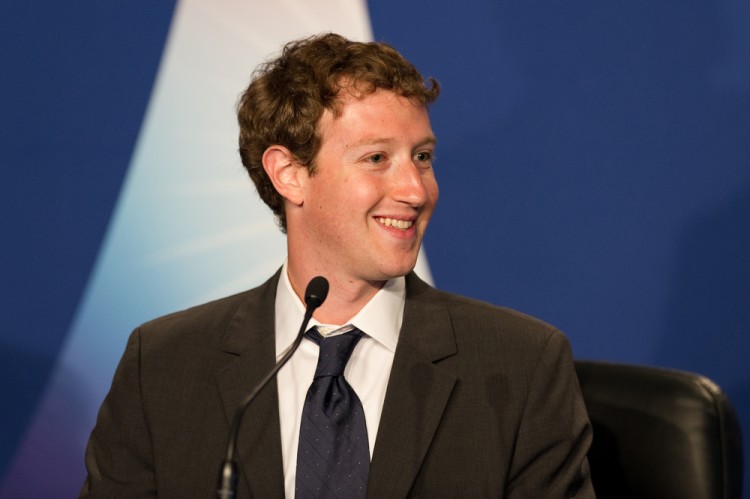 Peter Thiel to Remain on Facebook’s Board

Facebook Inc (NASDAQ:FB) inched up by more 1.04% in premarket trading today after a report on recode claimed that Peter Thiel, the billionaire entrepreneur who is the in the limelight these days amid his involvement in a lawsuit against Gawker media, will stay on the social media’s company board. Facebook’s CEO Mark Zuckerberg is hosting the company’s annual shareholders meeting on Monday, during which Facebook board members will be reelected. The source said that Facebook will keep Thiel on the board, despite of his political affiliations and personal biases. Last month, Facebook’s CEO Sheryl Sandberg said that Thiel’s role in Hulk Hogan’s lawsuit against Gawker was in his personal capacity and not as Facebook’s board member.

The hedge fund sentiment towards Facebook Inc (NASDAQ:FB) was positive in the first quarter and 164 funds from our database were bullish on the social media company, up from 146 funds a quarter earlier. Andreas Halvorsen’s Viking Global owns more than 20.13 million shares of the company as of the end of March.

Square Inc (NYSE:SQ) is in the spotlight today after a report published on Barron’s suggested that the California-based payment company’s stock is set to decline to new lows as the struggling company faces problems with its business model and profitability dynamics.  The author said that Square’s stock is expected to fall between $5 to $6 a share. Square bears the transaction fees acting as the retailers’ agent. This is a flaw in the company’s business model which is making it suffer heavy losses, the report added. At the end of the first quarter, 14 funds from our database owned shares of Square Inc (NYSE:SQ).

On the next page, we will see why Celgene, Williams Companies and Energy Transfer Equity are making moves today.

Celgene Corporation’s EPS Will Double by 2020

Investors are watching Celgene Corporation (NASDAQ:CELG) closely on Monday after an article by Jack Hough on Barron’s said the New Jersey-based biotechnology company’s earnings per share are likely to more than double by 2020. The author considers that Celgene Corporation (NASDAQ:CELG) is spending heavily on Research and Development, albeit a decade of growth. The source said that the demand of Revlimid, Celgene Corporation’s drug for myeloma –  a cancer that forms in plasma cells – is rising quickly. The company is spending billions on new drug development projects and research programs, and expects to receive the results of least 18 late-stage clinical trials by 2018.

With a stake containing around 3.77 million shares, Samuel Isaly’s OrbiMed Advisors is one of 64 funds from our database that hold long positions in Celgene Corporation (NASDAQ:CELG), as of the end of March.

Acquisition of Williams Companies: A Nuisance for Energy Transfer Equity

Energy Transfer Equity LP (NYSE:ETE) and Williams Companies Inc (NYSE:WMB) are set to face each other in Delaware Chancery court on Monday regarding a breach of agreement battle. According to The New York Times, Energy Transfer Equity LP (NYSE:ETE)’s bid to acquire Williams Companies Inc (NYSE:WMB) has become a debacle. The company is now trying to find a way out of this merger deal. The cost to drop the deal is around $2 billion. Energy Transfer expects the recent legal battle to end in the termination of the deal by the court.

Our data show that 31 hedge funds owned shares of Energy Transfer Equity LP (NYSE:ETE) at the end of the first quarter. Daniel S. Och’s OZ Management is notable among these shareholders, holding more than 8.92 million shares of the company. On the other hand, 52 funds were long Williams Companies Inc (NYSE:WMB). Keith Meister’s Corvex Capital owns 41.68 million shares of the company, according to its latest 13F filing.