LONDON — The FTSE 100 is tentatively creeping back up a little today after managing a rise of just 22 points yesterday. By 7:45 a.m. EDT today it has put on a further 48 points, or 0.76%, to reach 6,378. Movements are pretty erratic across the index, with no notable sector-led changes so far today, and the markets still seem to be uncertain ahead of firmer pronouncements from the U.S. Federal Reserve.

The FTSE itself might not be too exciting today, but there is plenty of drama affecting individual companies. Here are three constituents of the indexes that are falling behind.

SDL plc (LON:SDL)
The big fall this morning is a 32% drop in the price of SDL plc (LON:SDL) after the customer-management software firm issued a profit warning. We were told that “performance for the first half of 2013 has remained below management expectations, and as a result, the Board has lowered its outlook for the current financial year.”

City analysts were forecasting pre-tax profit of about £30 million for the year to December, but SDL plc (LON:SDL) now says profit before tax and amortization is likely to be in the £15 million to £20 million range — from a figure of £35.5 million for last year. Poor investment in sales and marketing in previous years is being blamed for the shortfall, and the firm is actively rectifying that.

The bottom line showed a statutory loss of 1.6 pence per share, with underlying earnings per share down from 16 pence to 10.3 pence, and the first-half dividend was slashed by 35% to 3.4 pence per share.

Chief executive Mark Papworth said, “While there is still much to do, we are confident that the Group’s performance is heading in the right direction.”

The project, which is expected to run for an initial three years, with extensions for a possible further two years, is likely to include two other contractors and is said to be “potentially worth £500 million in value over the next five years.” And the shares fell. Strange things, markets.

The article Why SDL, Chemring, and Galliford Try Should Lag the FTSE 100 Today originally appeared on Fool.com and is written by Alan Oscroft. 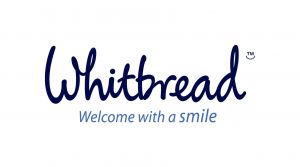