Warren Buffett has become an easy target as Berkshire Hathaway Inc. (NYSE:BRK-B) delivered less glamorous returns than it historically has done. BRK-B shares returned 52% since the end of 2007 vs. a gain of 63% for simple S&P 500 ETF (SPY). “Has Warren Buffett lost his touch?” became a common headline in recent years. Are star hedge fund managers, like David Einhorn, better at picking stocks than Buffett or is it something else? David Einhorn’s top stock picks are technology stocks like Apple Inc. (NASDAQ:AAPL) and Micron Technology, Inc. (NASDAQ:MU). Are Einhorn’s large-cap stock picks better performers than Buffett’s conventional stock picks like Wells Fargo & Co (NYSE:WFC), The Coca-Cola Co (NYSE:KO), and American Express Company (NYSE:AXP)? 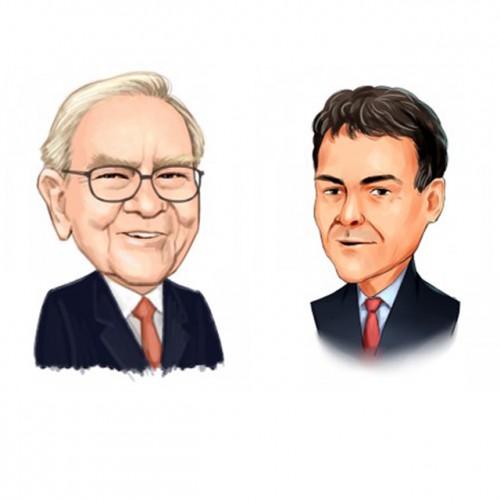 Some fund managers and billionaire investors may demonstrate higher returns than the average returns we revealed in our research. Both David Einhorn and Warren Buffett became billionaires by picking stocks. So, it is possible that these two billionaires may be extremely talented at picking large-cap stocks. We will limit our comparisons to large-cap space because, due to Berkshire’s enormous portfolio size, Warren Buffett generally invests only in large-cap stocks (stocks with at least $20 billion in market cap). His top picks were actually made one or two decades ago. It wouldn’t be fair to compare his large-cap picks to Einhorn’s small-cap picks. We also restrict our analysis period to the 5 years between 2008 and 2012. We already know Buffett was extremely successful in the 80s and the 90s. We also know that Einhorn didn’t really start investing in large-cap stocks until the middle of the last decade.

Our analysis clearly shows that Warren Buffett’s antiquated stock picks not only beat the market and David Einhorn’s large-cap stock picks, they also generated an annual alpha of 5+ percentage points between 2008 and 2012. Warren Buffett is still a better stock picker than most of the star hedge fund managers that are celebrated on the screens or the front pages of the financial news media. If Warren Buffett’s stock picks are so successful, then why did Berkshire underperformed the market in recent years?

There are several factors but our calculations involve only Buffett’s 13F positions. Berkshire Hathaway Inc. (NYSE:BRK-B) still carries a ton of cash in its portfolio and we are pretty certain that you already know cash returns next to nothing. It is also possible that Berkshire’s private holdings didn’t perform as well as his public holdings. Investing directly in Berkshire’s stock may not be the best way of taking advantage of Buffett’s superior stock picking ability after all.