Richard Pzena is one of the most successful value investors, managing nearly $20 billion as of April 2013. In the past one year, his Large Cap Focused Value fund’s gross annualized performance was 18.9%. Recently, he initiated long positions in two large cap businesses, Wal-Mart Stores, Inc. (NYSE:WMT) and The Procter & Gamble Company (NYSE:PG). In the first quarter, he bought 8,193 shares of Wal-Mart Stores, Inc. (NYSE:WMT) worth nearly $640,000. He also purchased 10,290 shares of The Procter & Gamble Company (NYSE:PG) worth nearly $820,000. Let’s take a closer look whether or not we should follow Richard Pzena into those two large cap stocks. 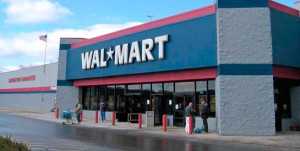 Wal-Mart is not expensive now

Wal-Mart Stores, Inc. (NYSE:WMT) is the global leader in retail stores with its traditional pricing strategy — “Everyday low prices.” It operates in three main business segments: Walmart U.S., Walmart International, and Sam’s Club. Most of its revenue, $274.5 billion, or 58.9% of total 2012 revenue, was generated from the Walmart U.S. segment, while Walmart International and Sam’s Club contributed $135.2 billion and $56.4 billion in revenue in 2012. In the past four years, Wal-Mart Stores, Inc. (NYSE:WMT) has recorded 7.3% annualized growth in net sales to $466 billion while its EPS has grown at a much higher rate of 11.1%. In 2012, its EPS was $5.02.

The Procter & Gamble Company (NYSE:PG), one of the largest global consumer goods company, is the owner of famous brands including Tide, Pampers, Gillette, and Dawn. In the recent Ira Sohn conference, famous hedge fund manager Bill Ackman was quite bullish about the company. The gross margin of every business segment was quite high, being in the range of 40% to 65%. The business holds the number one global market share in most of its product categories including Blades & Razors, Diapers & Wipers, Fabric Care, Hair Care, and Paper Towels. The company still relies heavily on the developed markets, as the developing markets accounted for 40% of its total revenue while its peer, Unilever N.V. (ADR) (NYSE:UN) derives as much as 55% of its total revenue from emerging markets.

Interestingly, Unilever N.V. (ADR) (NYSE:UN) has kept on expanding its footprint in the developing markets. At the end of 2013, it announced a $5.4 billion investment to raise its stake in Hindustan Unilever, from 52.5% to 75%. Paul Polman commented that it was the company’s further step to expand its business in emerging markets. He said: “ The long heritage and great brands of Hindustan Unilever, and the significant growth potential of a country with 1.3 billion people makes India a strategic long term priority for the business.”

In the past several years, Paul Polman has restructured Unilever’s business quite successfully. It has divested food businesses to shift its focus to the Beauty & Personal Care business in the emerging markets. Moreover, a more decentralized structure allows the company to respond quickly to local demands.

Bill Ackman saw the potential value of The Procter & Gamble Company (NYSE:PG) in its cost saving program. The cost reduction plan of as much as $10 billion would last four years, ending in June 2016. It includes $6 billion in COGS reduction, $1 billion in overhead savings, $1 billion in marketing efficiencies, and $2 billion in operating leverage.

Interestingly, the $6 billion plan of COGS reduction would translate into less than 3% annual COGS efficiency, much less than Unilever’s 4.1% and the industry average of 4%. If The Procter & Gamble Company (NYSE:PG) could achieve 3.5% annual COGS Productivity, its gross margin could increase from 50.9% to 51.5%. Moreover, with the company’s massive scale advantage, its Core SG&A ratio could be reduced from 14.4% to only 11%. Consequently, the EBIT margin could rise from 18.8% to 24%. With organic revenue growth of 6% and EBIT Margin of 24%, its 2016 EPS would reach $6.

Personally, I like all three large cap stocks mentioned above due to their massive global economies of scale. Wal-Mart is not expensive at the current moment and gives a decent dividend yield to shareholders. The Procter & Gamble Company (NYSE:PG), after implementing a cost saving plan, could deliver a sweet return for shareholders. Unilever, at $41.80 per share, is valued at only 19 times its forward earnings, a bit lower than the average of 21.1. Moreover, investors could get a nice dividend yield at 3.4%.

The article Should We Follow Richard Pzena Into These 2 Stocks? originally appeared on Fool.com and is written by Anh HOANG.