The problem with Belviq is that it’s minimally effective. Some people think Belviq will be successful for off-label use, including the improvement of cardiovascular function. However, at this point it is a weight loss drug, and apparently, it is not a particularly reliable one. As a result, I’d be highly skeptical investing in this company right now as the Consumer Reports article could go a long way in swaying the consumer not to use the product.

What about the other drug?

With Belviq’s launch, Arena Pharmaceuticals, Inc. (NASDAQ:ARNA) is dominating the headlines – but there is another FDA approved weight loss drug available in the market, Qsymia.

VIVUS, Inc. (NASDAQ:VVUS)‘ Qsymia has been a complete disaster in every sense of the word. Not only does the company have to fight with insurance companies for coverage, but it has remarkably few to no marketing rights – so it shouldn’t serve as a surprise that sales have been dismal.

In the first quarter of 2013, sales of Qsymia were just $4.1 million! Back in September 2012, full-year estimates for Qsymia were $201 million, then in November the estimates were cut in half to $91 million. In May, estimates were once more slashed to just $45 million!

Simply put, no one is buying Qsymia, and with Belviq’s review, it’s tough to imagine Belviq being too successful. Some might say that Qsymia’s failure doesn’t indicate a disaster for Belviq. Yet, consider the fact that these are weight loss products, and Qsymia is three times more effective!

If 1+1=2 than a less effective drug will be less successful than its competitor. Since Arena Pharmaceuticals, Inc. (NASDAQ:ARNA) only receives 30-35% of sales on Belviq, I do not see how one can logically defend its market capitalization, which is slightly higher than VIVUS, Inc. (NASDAQ:VVUS). Thus, I’d sell or avoid the stock — and would expect Vivus-like results in the year ahead – as Belviq’s first year estimates currently stand at $200 million (much like Qsymia last year).

The article Consumer Reports Says “Exercise” Rather Than Take This Drug originally appeared on Fool.com and is written by Sherrie Stone. 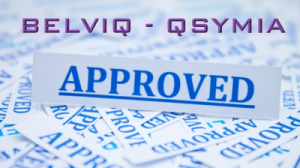 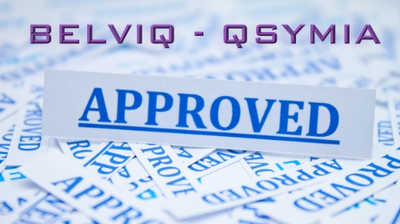