Eric Mindich founded Eton Park Capital in 2004 after 15 years at Goldman Sachs; during his time there, he had become the youngest partner in Goldman’s history. We track Eton Park’s quarterly 13F filings alongside those of other hedge funds and other notable investors as part of our work developing investing strategies; we have found, for example, that the most popular small cap stocks among hedge funds outperform the S&P 500 by 18 percentage points per year on average (read more about our small cap strategy). We think that this is because small caps receive less attention from large institutional investors, and are so more likely to be mispriced. We can also review small cap picks from individual funds such as Eton Park- not so that they can be blindly followed, but to identify potential ideas for further research. Here are five of Eton Park’s small cap picks from the end of December (or see the full list of stocks the fund reported owning)

Mindich and his team reported a position of 1.8 million shares in Huntington Ingalls Industries Inc (NYSE:HII) at the end of the fourth quarter. Huntington Ingalls is a $2.5 billion market cap company which builds and repairs ships for the Navy and Coast Guard. Earnings have been down recently, but Wall Street analysts expect the business to recover; in fact, the forward P/E is only 10, though we would be concerned about potential cuts to defense spending. Alan Fournier’s Pennant Capital Management owned 4.4 million shares of Huntington Ingalls according to that fund’s own 13F filing (research more stocks Pennant owns). 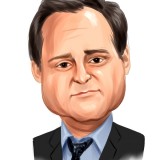 Eton Park maintained a stake of 2.3 million shares in Mindray Medical International Ltd (ADR) (NYSE:MR) during Q4 2012. The China-based medical device company has been reporting strong growth numbers- revenue and net income were each up about 20% in the fourth quarter of 2012 versus a year earlier- though the market is expecting high growth to continue as shown by the fact that the stock is trading at 25 times trailing earnings. Orbis Investment Management, a large fund managed by William Gray, sold some of its Mindray shares but still had 6.1 million in its portfolio (find Orbis’s favorite stocks).

Visteon Corp (NYSE:VC) was another of Mindich’s small cap picks, as he increased the size of his position to nearly 1 million shares between October and December. The auto parts company actually looks a bit expensive in terms of its trailing earnings, though the sell-side is expecting considerable improvements over the next couple years and so the forward P/E is 11. It might not be as attractive as other auto parts manufacturers or other auto related companies. Billionaire Steve Cohen’s SAC Capital Advisors disclosed ownership of 2.5 million shares as of the beginning of January (check out Cohen’s stock picks).

Is Bank of America Corp (BAC) a Buy After Earnings?