Cable television is an interesting investment idea. I’m not certain that ‘interesting’ translates to ‘good,’ mind you, but it is interesting. I’m of the opinion that the current cable television business model is too calcified and obsolete. A new model needs to emerge for cable television to be a good long-term play. The question becomes whether that change will happen before cable goes the way of newspapers and magazines. 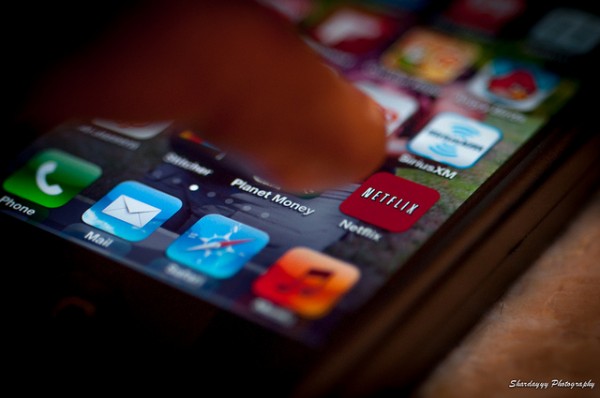 And that’s possible, you know. All of these hundreds of cable channels being provided by one monopolistic cable company, supported by an artificial semi-monopoly is closest in parallel to the way the old phone companies used to be. Now that’s dead and gone and they’ve had to rethink things. Soon enough, so will cable television.

Which brings us to an unlikely event. In response to consumer complaints, cable providers Verizon Communications Inc. (NYSE:VZ) and Cablevision Systems Corporation (NYSE:CVC) are now asking publicly for their content providers – the cable television networks – to stop bundling television channels and to allow consumers to choose to subscribe to only the channels that they wish to watch. This would allow for greater flexibility for the cable companies and the consumers, while potentially hurting the bottom line of some of the channels.

If you don’t know what bundling is, here’s a brief primer. Bundling comes from the fact that not all channels are created equal. More people want to watch some channels than others. So to provide their customers with the popular channels the content providers require them to also buy the more niche-oriented (read: less watched) channels. It ends up costing the cable firms – and the consumer – more than non-bundled television would. It’s been this way for more than 20 years and is a big cause of the ‘100 channels and nothing good on’ argument. Most people watch only a few channels and ignore the other 95 that they pay for. It’s a mess.

But, as with other media, the Internet is changing everything. No, you heard me, everything.

Why should people pay all that money for cable television when streaming services via broadband are growing in popularity? According to Neilsen, the number of homes getting television via streaming and not cable has more than doubled since 2007. That’s a curve that’s not going to change. Sure, the cable providers are likely also providing the broadband connections, but that means they’re paying a high rate for shows that fewer and fewer people are watching.

That basic argument is that streaming services are already providing consumers choice in what channels they watch without the hassle of even switching channels. Why should a cable customer worrying about seeing The Walking Dead at some particular time and channel when, with a short wait, it’ll be available via Netflix, Inc. (NASDAQ:NFLX).

Or Amazon.com, Inc. (NASDAQ:AMZN), for that matter. Amazon and Netflix, Inc. (NASDAQ:NFLX) are currently beating each other up trying to lock in exclusive deals to distribute specific shows, and even seasons of shows, to increase demand. This sort of trend isn’t lost on the cable providers. Their days of offering content via television channels are already over; it’s time to commit to a new way of doing business.

Remember, too, that this is even happening with Apple Inc. (NASDAQ:AAPL) and Google Inc (NASDAQ:GOOG) sitting on the sidelines. Yes, they both have their television models, but neither has been as committed to streaming as Amazon or Netflix, Inc. (NASDAQ:NFLX). Note, also, that Verizon IS committing to streaming with the company’s participation in Redbox Instant. So heads up.

In short, as an investment, content providers are looking kind of shaky. The channels that require bundling are in real trouble business-wise as their model just isn’t going to work any further. It’s never worked well, or they wouldn’t require bundling, and it’s going to work worse in the future. I’d be very leery of having any of them in my portfolio.

Because it’s only a matter of time before a real major player, like The Walking Dead or Game of Thrones offers itself first to a streaming service and forgoes any channel at all. There’s money to be made there cutting out the middle-man of the channel. And it’s already happening. It’s time that you made sure you’re enjoying it as it happens.

The article A Change in Cable Television to Help Consumers? originally appeared on Fool.com and is written by Nate Wooley.