Whistler Blackcomb Holdings Inc (TSE:WB) is owner of the ski resort of the same name located in British Columbia, Canada.  It has a stable business model and pays a $0.975 annualized dividend, which is a 7.2% yield. 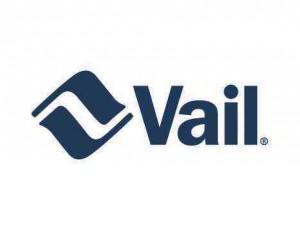 Whistler Blackcomb Holdings Inc (TSE:WB) owns a 75% interest in both Whistler Mountain Resort Limited Partnership and Blackcomb Skiing Enterprises Limited.  These combined are the four season mountain resort business located in Whistler in the Coast Mountains of British Columbia 78 miles from Vancouver.  Whistler the largest resort in North America, the most visited and has one of the longest ski seasons. It has 2.6 million annual visitors, 3,500 employees on 8,171 skiable acres with 37 lifts and 1,192cm of average snowfall.  Vail Resorts, Inc. (NYSE:MTN) is the second largest with 5,289 acres, 929cm of snowfall.  Breckenridge, also part of MTN, has 2,358 acres and 762cm of snowfall.  Both Vail Resorts, Inc. (NYSE:MTN) and Breckenridge have 31 lifts.  Aspen/Snowmass is another competitor but is privately held.

Not surprisingly winter accounts for 85% of revenue at Whistler with the 15% in the summer coming from sightseeing, a bike park and glacier skiing/riding.

Industry trends are relatively stable with annual skier visits ranging from 70 – 80 million annually over the last ten years and are correlated to snowfall.  In 2012, there were just 70 million visitors but snowfall was low.  Revenue growth is closely tied to ticket prices which have increased at a 3.6% CAGR since 2001.  The last significant new entrants to the market were all in 1980/81 when three North American resorts opened.

There are two types of guest at a resort like Whistler, local & regional guests and destination guests.  The region surrounding Whistler, which includes Vancouver and Seattle, leaves 7 million people within a five hour drive and represent 63% of its customers.  These guests often purchase season passes provided a pre-committed revenue stream often before the first snow and 75-80% of pass revenue I earned by December 31.  Destination guests are aided by the accessibility via flights in and out of Vancouver.  These guests generate more revenue per visit.  Management notes its customer base is internationally based and not reliant on any one region.  No single region accounts for more than 30% of guests although the US and Canada do represent 53% of destination customers.

Importance of a Moat

Warren Buffett knows the importance of a moat.  He buys companies like The Coca-Cola Company (NYSE:KO) that have an advantage over competitors.  Coke has a brand.  A brand that Pepsi or other competitors cannot beat.  A brand that Buffett says he couldn’t compete with if he had billions in capital to use.  This moat has allowed them to have a profit margin of 18.78% and growth sales around the world.  Earnings are still increasing too, up 12% in the last year.  This moat has helped Coke survive over 200 years.  Whistler also has a powerful moat.  Not as strong as Coke but still strong.  It has an awesome brand and it is known as one of the best mountains in the world.  Plus, you can’t just create another mountain to compete, especially not one as big and with great snow conditions.  If you had billions in capital, could you create another Whistler Blackcomb Holdings Inc (TSE:WB)?  Probably not.

Whistler Blackcomb Holdings Inc (TSE:WB) reported is 1Q13 earnings with revenue up 2.3% from 1Q13.   EBITDA was $10.2 million, down from $10.7 million last year.  Skier visits were unchanged year-over-year and the effective ticket price was up 2.5%.  Operating expenses were higher versus last year due to higher labor and benefit costs.  The first quarter is less important than the second which accounts for 80% of full year EBITDA.  Whistler also announced an $18 million lift expansion.  It will upgrade two lifts which will open next ski season.  Transportation capacity will expand by 2,145 skiers per hour, a 56% increase for those runs.

The stock trades at around 10x FY13 consensus EBITDA and has little trading history or publicly traded peers for comps.  Vail Resorts, Inc. (NYSE:MTN) does trade at around 10.6x FY13 EBITDA and is larger and has less risk given the higher number of properties owned.

Whistler Blackcomb has an attractive dividend yield and reasonable multiple.  For an income investor, it is worth investigating and could outperform if it executes on growth plans.