Last week, researchers at Wichita State University and Purdue University released the results of the 2013 Airline Quality Rating survey. This study measured the performance of U.S. airlines on a variety of quality metrics in 2012, including the frequency of customer complaints. The results showed that — for the most part — airlines are earning their reputations. Oft-reviled network carriers United Continental Holdings Inc (NYSE:UAL) and American Airlines saw higher rates of official complaints in 2012 than in 2011, placing them at the bottom of the industry. By contrast, Southwest Airlines Co. (NYSE:LUV) improved on its already low complaint rate from 2011, further distancing itself from other airlines. 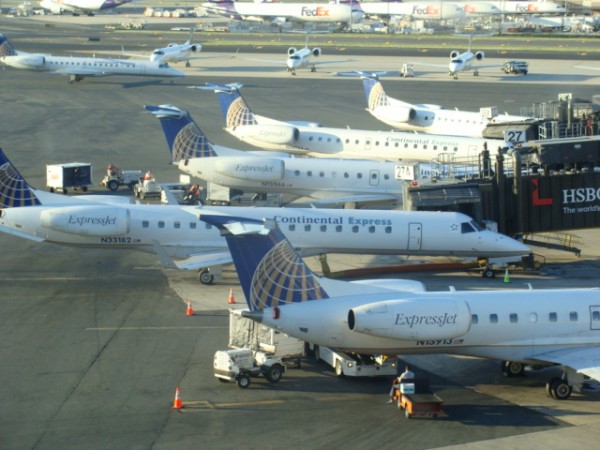 United Continental Holdings Inc (NYSE:UAL): the costs of a merger
In early 2012, United Continental Holdings Inc (NYSE:UAL)’s management proclaimed their confidence that the company’s merger with Continental Airlines would proceed smoothly. Instead, the process was disastrous for customers and shareholders alike. United experienced 4.24 complaints to the U.S. Department of Transportation per 100,000 passengers last year. That was triple the industry average rate, and more than double the rate at the second-worst offender, American Airlines.

American: bad to worse?
American Airlines also saw deterioration from 2011 to 2012, and had the second-highest complaint rate last year. Still, that was much better than United’s performance. American’s main failing in 2012 was its on-time performance, which was the worst in the industry. However, American was actually less likely to lose your bag or bump you from your flight than the average carrier.

That said, American’s pending merger with US Airways Group, Inc. (NYSE:LCC) — which was a close third in complaint rate last year — could make its performance even worse over the next year or two. Merger integration challenges at United Continental caused the complaint rate to double there from 2011 to 2012. Even if American and US Airways Group, Inc. (NYSE:LCC) manage their merger relatively well, it is almost inevitable that service quality will suffer in the short run.

For example, Southwest Airlines Co. (NYSE:LUV) was near the industry average for denied boardings, mishandled bags, and on-time performance.Furthermore, these averages were dragged down by United’s poor performance; in some cases, United was the only major carrier that performed worse than Southwest Airlines Co. (NYSE:LUV). As a result, Southwest only ranked No. 8 out of 14 in the AQR, behind most major competitors. Despite these problems, Southwest’s flight attendants, customer service agents, and other staff were able to keep people happy. Southwest customers experienced more problems than other airline passengers (objectively speaking), but were much less likely to lodge official complaints with the DOT. The friendly and helpful staff seem to be critical to Southwest’s success.

Smile!
Southwest’s performance shows the value of a cheerful attitude in customer service, which can keep passengers satisfied in spite of technical problems. By contrast, people hate flying on United and American, because they do not find the staff helpful when problems arise. This was a particularly big problem for United last year, because there were a lot of problems. If American and US Airways hit merger turbulence in the next few years, they could be rivaling United for the bottom spot in the AQR survey very soon.

The article The 2 Airlines Americans Hate the Most, and the 1 They Still Love originally appeared on Fool.com.