Two Harbors Investment Corp (NYSE:TWO) has raised some eyebrows in the investing world with the recent announcement that it would issue nearly 18 million shares of fellow REIT Silver Bay Realty Trust Corp (NYSE:SBY) in a special dividend distribution to its shareholders. The development comes on the heels of a secondary offering of 50 million shares that dramatically reduced its share price.

Market-watchers have been asking similar questions for some time.  Some believe since Two Harbors continues to pay a hefty regular dividend, the company may in fact offer compelling value at its current levels.  Savvy investors may be able to realize a healthy profit from the upcoming Silver Bay distribution.

Two Harbors Investment Corp (NYSE:TWO) is a REIT that specializes in issuing and purchasing a variety of mortgage-backed financial instruments. The company focuses on fixed-rate mortgages, residential mortgages, hybrid loans, collateralized loans, and derivatives. Unlike some other REITs, Two Harbors focuses exclusively on the residential property market. It deals with prime as well as sub-prime and mid-grade mortgage loans. Pine River Capital Management is the majority owner and operator of Two Harbors. In 2012, the REIT earned and distributed $287.4 million on $325.6 million in gross revenue.

The relatively new company, Silver Bay Realty Trust Corp (NYSE:SBY), came into being in late 2012. The company focuses on acquiring single-family homes for resale or conversion into rental properties. Silver Bay received its initial tranche of residential property holdings as a distribution from Two Harbors’ physical asset portfolio. In exchange, Two Harbors received the Silver Bay shares that it will distribute among its shareholders during the coming weeks. In 2012, Silver Bay lost about $1.4 million on $3.6 million gross revenues; however, the company’s top and bottom lines are both expected to improve.

More on the Deal

Under the terms of the deal, Two Harbors Investment Corp (NYSE:TWO) will issue .049 shares of Silver Bay Realty Trust Corp (NYSE:SBY) for each Two Harbors share owned by its holders of record as of April 2, 2013. The actual distribution is expected to occur on April 24, 2013. Any fractional shares that are left over after the distribution’s completion will be liquidated and issued as proportional cash payments to shareholders.

At Silver Bay Realty Trust Corp (NYSE:SBY)’s current price of $20.70 per share, this special dividend is currently valued at about $1.01 per Two Harbors share. Relative to Two Harbors’ current share price of about $12.60, this represents a one-time yield of roughly 8.1 percent. This dividend comes in addition to Two Harbors’ regular yield of 10.2 percent.

Meanwhile, Two Harbors Investment Corp (NYSE:TWO)’ recent secondary offering involved the distribution of 50 million shares of the REIT’s common stock at a price of $13.46 per share. Although it is too late to profit directly from this offering, it is worth noting that it appears to have caused Two Harbors’ share price to decline by a significant amount.

Investing After The Unique Dividend

Given the apparent strength of the U.S. housing market, it seems natural to expect residential-focused REITs to outperform the broader real estate space over the medium term. Investors who hold this simple thesis may wish to look at both Two Harbors Investment Corp (NYSE:TWO), Silver Bay or competitors like Annaly Capital Management, Inc. (NYSE:NLY) at these levels. Annaly Capital Management, Inc. (NYSE:NLY)’s business model is more closely aligned with that of Two Harbors, though Annaly bears some similarities to Silver Bay as well. The company deals in a wide range of residential and commercial loans, including sub-prime, prime, revolving, adjustable, and mezzanine vehicles. In addition, Annaly Capital Management, Inc. (NYSE:NLY) buys and sells mortgage-backed securities and other derivatives. In 2012, the company earned about $1.7 billion with an operating margin slightly less than that of Two Harbors.  Two Harbors also has a higher ROA of 2.43%.  Two Harbors’ ROA will likely increase without the drag of Silver Bay on its balance sheet.

In sum, this special dividend provides investors with a hefty yield from a stock that already yields more than 10 percent. Individuals may wish to initiate long positions in Two Harbors Investment Corp (NYSE:TWO) even though they will miss the stock distribution because the distribution could make Two Harbors a stronger company. Those who expect Silver Bay Realty Trust Corp (NYSE:SBY) to become profitable and increase its dividend over time may want to enter now while many Two Harbors investors will be selling off their new shares in Silver Bay.  In any event, this deal offers plenty of opportunity for enterprising investors.

The Southern Company (SO), Vodafone Group Plc (ADR) (VOD), and The World’...Here is What Hedge Funds Think About American Campus Communities, Inc. (ACC... 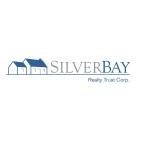