The domestic farm sector continues to do well, despite the country’s slow economic expansion and lower prices for certain commodities.According to the USDA, aggregate cash receipts for farms are forecasted to be slightly higher than last year, at $392.9 billion, while cash income is forecasted to drop 8.9%, coming off of last year’s record level.Just as importantly, farm net worth is expected to finish the year at a record level as well, a byproduct of higher real estate prices.Given the farming industry’s purchasing power, how should an investor participate in the sector? 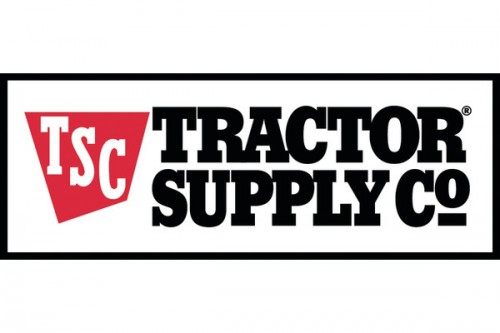 In the retail arena, Tractor Supply Company (NASDAQ:TSCO) has been a long-term winner through its development of a national network of retail stores — over 1,200 as of June 2013 — that cater to small farm enterprises and individuals looking to participate in recreational farming.While the total number of U.S. farms has remained flat over the past few years, at roughly 2.2 million, the numbers seem to undercount the growth of recreational farming.Tractor Supply Company (NASDAQ:TSCO) has ridden its growing customer base to higher profits and greater efficiency, reporting a record operating margin in fiscal year 2013.Looking ahead, the company has identified a market opportunity of 2,100 domestic stores, giving it significant upside over its current store base.It also continues adding to its private label brands, accounting for roughly 25% of sales in fiscal 2013, which should create higher customer loyalty and greater profits for investors over the long term.

In the equipment sector, Deere & Company (NYSE:DE) is the well-known leader with the green tractors that has been riding the constant need for higher productivity on the country’s farms. The company’s agriculture segment continues to perform well, notching increases in agricultural equipment sales of 9% and 6% in its North America and international segments, respectively, during the first nine months of fiscal 2013.While its construction segment has had a down year to date, due to weakness in its European region, the company offset this performance with improved financing income, as its customer receivables balances increased roughly 17% to $30.1 billion.

Success in the capital equipment business requires a strong balance sheet, capable of funding heavy research and development activities, as well as the financing of customer equipment purchases.On this measure, Deere & Company (NYSE:DE) has generated measurable improvement, as its funded debt to equity ratio decreased to 0.7, from 1.0 in the prior year, after adjusting for its net customer receivables position.The company’s improved cash flow in fiscal 2013, with $588 million generated in the first nine months of the period, is allowing Deere to reinvest in existing and new product lines, including its first foray into the recreational utility vehicle segment.While Deere’s size restricts its ability to be a high-growth profit engine, it should be able to generate higher profits over time, as developing countries increasingly look to its products to improve their farm sector productivity.

Size is of the essence in the fertilizer business, which should lead investors to Mosaic Co (NYSE:MOS), the No. 1 producer of phosphate-based crop nutrients in the world, as well as a leading producer of potash nutrients.In its latest fiscal year, the company posted weak sales results, down 10.2%, due to double-digit declines in sales volumes in its international segment, which the company partially attributed to inventory run-off from overstocked distributors.On the upside, Mosaic generated volume increases in the North American market, as well as in its next generation MicroEssentials premium product line, that provides nutrient protection lasting a full season.The company was also able to maintain its gross margin, despite downward pricing pressures, by bringing more of its raw material production in-house, thereby eliminating its suppliers’ markups.

Of course, the industry’s structure is always a concern, as two cartel-like associations control much of the international supply of potash.The announcement in late July of a potential breakup of one of the groups, BPC, led to fears of product price declines, which hit the stock prices of the potash producers, including Mosaic Co (NYSE:MOS).While potentially lower future prices and the negative effect on Mosaic’s operating margin are negative, the company’s valuation below book value makes it a low-risk option on future growth in fertilizer demand as the world’s agriculture sector increases its purchases to meet the production needs of a rising population.

Aggregate income for U.S. farms in 2013 is likely to come in not far behind the record level of the prior year, meaning that investors need to be on the lookout for investment opportunities in the sector.  While Deere & Company (NYSE:DE) and Mosaic Co (NYSE:MOS) have near-term downside exposure to continued weakness in the eurozone, all three companies are leaders in their segments and should benefit from long-term growth in the agriculture sector’s output.Hence, they belong on the watchlist of any investor looking into agriculture.

The article How Should Investors Play the Domestic Agriculture Sector? originally appeared on Fool.com and is written by Robert Hanley.

Robert Hanley owns shares of Tractor Supply Company. The Motley Fool has no position in any of the stocks mentioned.