In recent years, Time Warner Inc (NYSE:TWX)’s fortunes have been largely driven by its networks business which includes the TV networks run by Turner and premium pay TV including HBO and Cinemax. In 2012, the Networks segment contributed 80% of the operating income to Time Warner Inc (NYSE:TWX)’s coffers. And going forward it will almost certainly gain more prominence, as HBO ropes in newer subscribers. 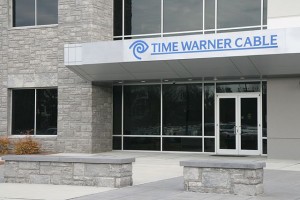 HBO consistently ranks as the leading premium pay television service in the domestic market. Users pay $15-$20 a month for an HBO subscription on top of their regular cable bill for their favorite HBO originals including Game of Thrones, True Blood, Boardwalk Empire, Girls, etc. And it’s not surprising as HBO consistently wins a lot more Golden Globe Awards relative to competitor offerings.

However, the need for a cable subscription limits a lot of users from getting on-board the HBO bandwagon, and might cause the churn rate to notch up in the future. As a number of low-cost streaming companies gain widespread acceptance among consumers, many have stated that they want to see HBO to offer its HBO GO as a standalone streaming service.

HBO’s most popular and profitable show, Game of Thrones has been breaking multiple records due to its fanatical following. The show’s average gross audience for Season 2 was more than 11.6 million subscribers. And it is favorite amongst video pirates as well, with more than 1 million illegal downloads within 24 hours of its Season 3 premiere, according to TorrentFreak. HBO has been surprisingly unmoved by this trend, by stating that it leads to record DVD sales. However, the company is losing hundreds of millions in the form of revenues it could generate from charging subscribers on a monthly basis.

Cord-cutters and the rise of “Zero-TV” households

According to Nielsen, 95% of US consumers fulfill their entertainment needs through regular cable or satellite. However, the rest of the video enthusiasts termed “Zero-TV” households are turning to other non-TV sources for their video requirements. These consumers are not ditching TV sets, but use TV to play games, DVD and browse online. And this trend is clearly moving upwards as the number of Zero-TV households now stands at ~5 million households, a notable increase from the 2 million in 2007.

Increasingly lower cost Internet-only offerings like Netflix, Inc. (NASDAQ:NFLX), Amazon.com, Inc. (NASDAQ:AMZN) and Hulu are becoming more prominent. Netflix has risen to dominate this category of low-cost streaming by providing a great user interface, and a mix of exclusive and commodity content. And Netflix, Inc. (NASDAQ:NFLX) has adopted HBO’s playbook of creating expensive original shows to differentiate its service and develop a strong fan-following, and already got more than 33 million subscribers across the globe. Netflix’s low-cost value proposition, along with original shows is aiding substantially in signing up newer users, and is widely expected to surpass HBO’s subscriber count in the near future.

Amazon.com, Inc. (NASDAQ:AMZN) is also creating a lot of original shows to differentiate its service relative to other competitors. However, Amazon is not spending as much as Netflix, Inc. (NASDAQ:NFLX) and HBO in signing up star casts and directors for creating original shows. Many investors have stated that, Amazon is not a “pure-play” entertainment company, and is adding a lot of content to make its subscribers more sticky, and so that customers shop more on its ecosystem. However, Netflix, Amazon.com, Inc. (NASDAQ:AMZN) and even Hulu are all adding a lot of exclusive and original content to gain more subscribers, and have the potential to poach meaningful amounts from HBO.

Time Warner Inc (NYSE:TWX) faces a big trade-off when it comes to offering HBO Go as a standalone service. While it’s pretty evident that the company is leaving meaningful amounts of “money on the table”, it faces a few major risks in adopting such a stance. The company will be making its large distribution partners like Time Warner Cable, DIRECTV (NASDAQ:DTV), Comcast Corporation (NASDAQ:CMCSA) etc. very unhappy. Time Warner gets it revenue from these distribution partners, and not directly from the end-consumer.

Dealing with millions of customers represents a hassle and a pricey proposition for Time Warner Inc (NYSE:TWX). In its current business model, the distributors of Time Warner handle the customers for the company. And most importantly, these companies provide substantial marketing and promotional support for Time Warner, with some of the partners like DIRECTV offering HBO free for 3 months or more. All these partners are crucial for Time Warner because the company sells its basic and less lucrative channels to these distributors as well, along with its lucrative properties like HBO and Cinemax.

Too much at stake; Alternative solutions

Numerous consumer groups have suggested that HBO should go standalone, and rightly so. The company is losing a lot of subscription revenue from potential customers and pirates, but still HBO Go is unlikely to be a standalone offering.

The company has too much at stake by betting big on one project, and risk alienating its distribution partners. The buyers of company’s services have a lot of power in their hands. HBO’s executives have recently suggested that they are considering a tie-up offering with its internet providers to offer HBO Go to chord-cutters and to users without cable. The main goal is to rope in customers who use the Internet, and also bring down the monthly costs of having HBO. While going solo is unlikely to materialize in the near future for HBO, at least not in the U.S., the price of getting HBO Go will likely get a hair-cut.

Related Insider Monkey Articles
Amazon.com, Inc. (AMZN): Where Does It Go From Here?