Starting Jan. 1, businesses with 50 or more full-time workers will have to provide company-sponsored health care insurance or pay a $2,000 per employee penalty.

With the cost of the average cost of a single-coverage health insurance policy premium averaging about $5,600, according to the Kaiser Family Foundation, on the surface it certainly seems cheaper to simply pay the penalty. A business with 50 employees would have a choice between paying an average minimum cost of $280,000 in premiums or a penalty of $100,000 for not providing coverage.

Do or die
Surprisingly, it’s not as simple as the cost analysis suggests. According to the National Small Business Association, 71% of 400 businesses it surveyed with 50 or more employees intend to continue providing coverage. That was reiterated by a recent Wall Street Journal/Vistage poll that found more than three quarters intending to provide coverage to avoid penalty. Less than 2% of respondents said they would go the route of paying the penalty.

There might be a couple of reasons for that. First, providing health insurance coverage could be an attractive qualifier for skilled employees or highly desirable managers, and second, the cost of health insurance premiums are tax deductible as a cost of doing business; the penalty is not. 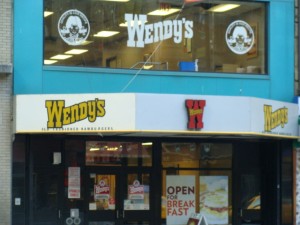 There’s also the possibility employees won’t take the coverage. The Wendy’s Co (NASDAQ:WEN) was initially a fierce critic of the health care law, but has more recently scaled back its rhetoric. It went from saying it would raise costs for each of its restaurants by $25,000 a year to now saying it will only cost $5,000 per store extra. That’s because it believes employees themselves will prefer to pay the $95 fine they’ll face than contribute to the hundreds of dollars in costs that coverage will cost them.

The cost of the unknown
Of course, some stores in its chain have also started reducing employee hours to 28 hours a week to get under the law’s odd definition of full-time being 30 hours or more of work per week.

Similarly, AFC Enterprises, Inc. (NASDAQ:AFCE) chain Popeye’s is counting on employees foregoing the cost of coverage to hold its own costs down. Currently, fewer than 5% of its employees enroll in the plan because it carries high deductibles and it costs costs $2.50 a week, or $130 a year. When they have to pay some $25 a week even though it offers more coverage, Popeye’s doesn’t see many more employees rushing to take advantage of it, as it will simply be cheaper to pay the fine — for next year at least, since the penalty more than triples to $325 in 2015, and hits a maximum of $2,085 for family coverage in 2016.

But the more likely answer is that business owners simply don’t know if the risk-reward ratio works in their favor regardless of which way they go. The WSJ poll found almost half of those surveyed aren’t sure if it’s going to cost them more or not if they provide coverage than if they take the penalty.

The vanishing U.S. worker
I anticipate we’ll actually see a spike in layoffs coming in the next few months as companies right around 50 full-time employees decide it’s just easier to avoid the equation altogether and get their employee rolls under the threshold. Businesses have the choice of calculating their head counts either by averaging their workforce over the full 12 months of 2013, or during any consecutive six-month period over the course of the year. Getting under the threshold could be an important cost savings for many small businesses. Either layoffs or switching employees to part-time status will be the norm.

It’s no small coincidence that businesses added fewer jobs in March than at any time in the past year.

Yet while many of the largest employers like Wal-Mart Stores, Inc. (NYSE:WMT) can easily absorb the costs, others like Whole Foods Market, Inc. (NASDAQ:WFM) — which employs more than 60,000 people and already provides health care coverage for workers with more than 30 hours work per week — is left to reconsider its full-time staffing levels because of the law. Whole Foods Market, Inc. (NASDAQ:WFM) spends more than $200 million annually on employee health care costs, and the mandate will only serve to drive them higher. As a result, CEO John Mackey has said that his employees can inevitably expect to be paid less because the money has to come from somewhere, and that ultimately will be in fewer hours worked or less money earned per hour.

Unemployment today only seems low because the number of people who’ve dropped out of the labor market altogether is at its highest levels since Jimmy Carter was president. We’re already losing jobs because of the medical device tax, and we’ll see the jobs market worsen as even more individuals vanish from the employment statistics as Obamacare causes jobs at the periphery to evaporate.

The article The Coming Obamacare Unemployment Surge originally appeared on Fool.com is written by Rich Duprey.