It will go down in history as either a bold stroke of genius or a complete misstep. Either way, fans of ABC TV shows All My Children and One Life to Live will at least enjoy new episodes of their canceled shows.

Hulu, a joint venture of The Walt Disney Company (NYSE:DIS)‘s ABC, Comcast Corporation (NASDAQ:CMCSA)‘s NBC Universal, and News Corp., is poised to gain one major thing from airing daytime soaps: viewers. Hulu has always struggled to make a profit and now that both Netflix, Inc. (NASDAQ:NFLX) and Amazon.com, Inc. (NASDAQ:AMZN) are gaining more traction in the online streaming arena, the company needs to find a way to stay competitive. Hulu has only three million subscribers to 23.8 million paid Netflix members, and only 22 million unique viewers compared to YouTube’s 152 million, according to the Wall Street Journal. 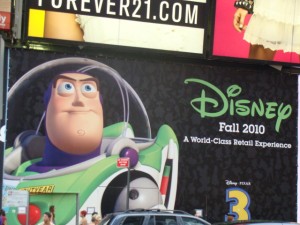 The move seems natural for The Walt Disney Company (NYSE:DIS), since both All My Children and One Life to Live had millions of viewers at cancellation. Chances are, more than a few of those viewers will fail to follow the show to its new online format, but it can’t hurt that All My Children ended with a whopper of a cliffhanger. Avid fans may tune in simply to see who was shot in the final episode and, if the show draws them in, they’ll keep tuning in.

ABC doesn’t stand to directly benefit from its shows airing on Hulu, since production company Prospect Park bought the rights when the show ended in 2011. But these soaps promise to bring more subscribers to the service, since viewers will only be able to watch the last ten episodes for free. In a couple of weeks, as viewers struggle to catch up, the service might see more customers to its Hulu Plus subscription program.

The boost is likely essential for ABC’s continued participation. Late last year, The Walt Disney Company (NYSE:DIS) CFO Jay Rasulo cited operating costs at Hulu as the reason for the company’s $9 million reduction in operating income. Comcast Corporation (NASDAQ:CMCSA) only recently bought out General Electric Company (NYSE:GE)‘s stake in NBC Universal, but the company’s income was up 17.4% in the quarter that ended March 31. Revenue at NBC Universal was down 2.4%, leading analysts to wonder if Comcast Corporation (NASDAQ:CMCSA)’s purchase of the network was a wise move.

NBC, one of The Walt Disney Company (NYSE:DIS)’s partners in Hulu, already offers up its current daytime soap, Days of Our Lives, on the site. Once a viable competitor in the daytime soap field, NBC has since sunset the few successful soaps it had, so it’s unlikely we’ll see anything beyond Days of Our Lives on the site. But CBS Corporation (NYSE:CBS), once a serious contender in the field of daytime dramas, might take interest in re-upping canceled shows like Guiding Light.

CBS is probably the least likely to take advantage of the opportunity, since rivals ABC and NBC are two-thirds owners of Hulu. As the most-watched network in 2012, CBS reported record-high earnings of $414 million for the final quarter of 2012. But with Netflix, Inc. (NASDAQ:NFLX) subscribers watching four billion hours of Netflix content in the first quarter of this year, mainstream networks may be prompted to find a way to capture some of those online viewers.

Whether or not viewers flock to Hulu’s soap operas remain to be seen, but even if these shows draw people to Hulu, will it translate into earnings? Comcast Corporation (NASDAQ:CMCSA) and The Walt Disney Company (NYSE:DIS) will certainly be watching, and you can expect CBS Corporation (NYSE:CBS) to be paying attention as well.

The article As the Stocks Turn: Hulu Tries Soap Operas originally appeared on Fool.com and is written by Stephanie Faris.