Jimmy had two rules about investing.  He could make decisions to buy or sell within the bounds of the rules, but he stuck to the rules no matter what.  We’ll get to those rules in a minute, but first … a little background.

I got my a Bachelors in Engineering and set off into the wilderness of the job market with a diploma in hand and a twinkle in my eye.  My first position was in an aluminum foundry.  There, I met a man named Jimmy whose office was right across from mine.  Over the first few months, we formed a friendship and he introduced me to investing.  I was hooked when he told me that one year he made more in investments than he did from working the job we shared.  I bought a copy of “Investing for Dummies” (no, I’m actually serious) and set aside a small sum to give it a go.

I didn’t yet understand about dividends, shorting, options and all the other things a person learns when they get further along in investing.  More importantly, I didn’t understand the concept of disruptive innovation.  But, I put my money in a few companies that might be termed “Rule Breakers” by the Gardner brothers.

Investment philosophy then: I like buying things off of eBay.  The company is doing something unique.  The stock went up in a short time period.  Sell it.

Now:  Since I sold, the share price has increased over 25%, but it took a nose-dive shortly after I sold.  Good thing, right?  Well, if you truly believe in the business model, you want the stock to go “on sale.”  Patient, long-term investors wait for an opportunity in the stock price and then buy. 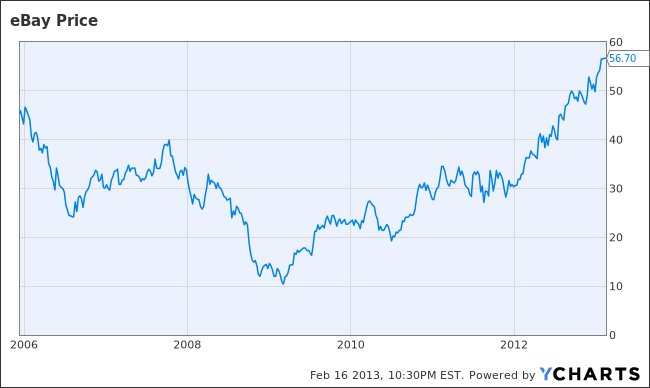 Now: Since I bought the Netflix in 2005, the shares have increased over 700%.  I look like an idiot.  Investment philosophy: Although Netflix is battling headwinds on rising content cost and made a major misstep in the Qwikster debacle, Netflix has first mover advantages in the space and is moving in the right direction by beginning to develop its own content.  One major proprietary series can help to neutralize the networks during negotiations.  That said, I can’t say I am a buyer at this price/earnings (P/E) ratio. 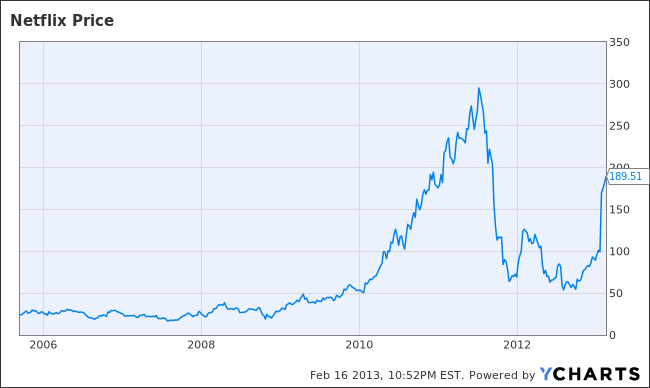 Then: I bought Apple at $84.48/share in February 2007, before the iPhone came out.  Impressed, right?  Well, it was pure luck.  The stock doubled in eight short months and I sold.  I bought again when it dropped back into the $120s.

Investment philosophy: I love my iPod and I feel an element of cool with the product.  That’s got to be worth something, right?