The Blackstone Group L.P. (BX): Is Wall Street Behind the Housing Rally?

Since the end of 2012, every month the Fed has been buying $40 billion of mortgage-backed securities and $45 billion a month of long-term Treasuries. These actions may have contributed to the rally of the housing market as they lowered the long-term securities’ and mortgage rates. But in the past several weeks, more investors began thinking that the Fed may taper its asset-purchase program.

At the upcoming FOMC meeting in mid-June, the Fed might announce this tapering. In such a case, long-term bond yields are likely to keep rising, which will lower the demand for purchasing houses. In the meantime, the housing market is showing mixed signals regarding its progress.

According to a recent report by the U.S Census Bureau and U.S Department of Housing and Urban Development, during April, housing starts sharply fell by 16.5% and reached 853,000. This number is still 13.1% higher than the same time in 2012.

On the other hand, the number of new homes sold also increased in April: Sales of new houses rose by 2.3% compared to March and by 29% compared to April 2012.

Based on the recent developments in the housing markets it seems that home builders are slowing down their activity while the demand for housing continues to rise.

Another home builder that benefited from the rally in the housing market is NVR, Inc. (NYSE:NVR): The company’s revenue also spiked by nearly 28% and its operating profit margin rose to 7.1% in the first quarter of 2013. Despite the recent drop in mortgage applications in the first quarter of 2013, NVR, Inc. (NYSE:NVR) recorded a 13% gain in mortgage closed-loan production; operating income from mortgage banking spiked by 40% (year-over-year).

Despite the sharp rise in these companies’ revenue, investors remain weary of the future growth of these companies: During the past month, shares of D.R. Horton, Inc. (NYSE:DHI) tumbled by nearly 18%; shares of NVR, by 5.2%.

What Will Come Out of the Battle for Dell Inc. (DELL)? 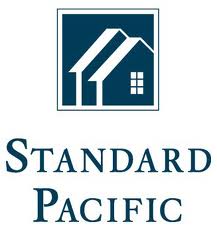