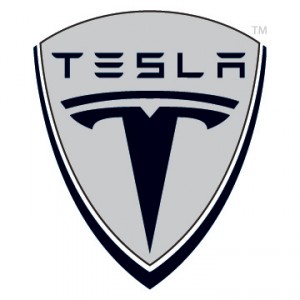 PayPal co-founder Elon Musk is one of the most widely known and celebrated businessmen of the past decade. The South Africa native has a knack for delivering results in some very unlikely areas. I intend to share with you why I was simply gobsmacked after looking at his recent accomplishments.

Space exploration, electric cars, and solar energy are the perfect recipe for failure. All three industries have mountainous obstacles to overcome in order to achieve success. Yet, Elon Musk is succeeding in all three. Why does this man succeed, and why should you care?

Elon Musk started SpaceX in 2002. Ten years later, SpaceX’s Dragon spacecraft made history by being the first privately-built spacecraft to dock at the International Space Station. The company now has contracts in place with NASA, the Air Force, and the Defense Department. This has led SpaceX to be the first space exploration company to ever make money.

Musk has done this by setting his goals very high. The goal for SpaceX is not to deliver cargo to the International Space Station, but rather to profit from a permanent 80,000 person settlement on Mars. To even write that last sentence makes me feel as though I’m describing the whims of a lunatic. But this insane goal has guided SpaceX to the very front of the private space company pack.

Musk has downplayed all rumors of a SpaceX IPO anytime soon. Bummer.

Musk founded Tesla Motors Inc (NASDAQ:TSLA) in 2003. This company also made history ten years after its founding by announcing its first profit, sending shares soaring 100% in a week and 180% over the last year.

Tesla more than doubled its annual revenue in 2012, but perhaps it’s not fair to compare Tesla Motors Inc (NASDAQ:TSLA)’s growth to established players like Ford Motor Company (NYSE:F) and General Motors Company (NYSE:GM) since it wouldn’t be reasonable to expect them to grow revenue over 100% a year like Tesla. Rather than comparing Tesla to competitors, we should be addressing exactly how it was able to accomplish this growth.

Tesla Motors Inc (NASDAQ:TSLA) has out-engineered The Boeing Company (NYSE:BA). Boeing experienced a disaster when a lithium-ion battery from one of its 787 Dreamliners caught fire and in so doing, grounded all 787 flights for nearly five months. Tesla also uses lithium-ion batteries, but of a completely different design. The Boeing Company (NYSE:BA)‘s batteries are composed of 8 cells, while Tesla’s have thousands of smaller isolated cells specifically designed to prevent a “domino effect” — the effect that caused Boeing’s battery to blow up.

The issue surrounding the lithium-ion battery is just one example of how Tesla Motors Inc (NASDAQ:TSLA) out-engineered its way to 2013 Motor Trend Car of the Year. It has created a product superior to all other electric cars available, but this innovation comes at a cost. Tesla is intentionally marketing its cars to high-end customers who are prepared to pay a premium. The company sold nearly 5,000 vehicles in the first quarter, proof that its strategy is working.

The point here is that if a company offers a superior product, customers are willing to pay for it.

While not exactly founded by Musk, SolarCity Corp (NASDAQ:SCTY) bears his fingerprint. After being pushed in the right direction by his cousin Elon, Lyndon Rive started the company in 2006. Things are progressing fast as the company just announced that it increased its customer base over 100% year-over-year.

Solar panel technology is appealing to just about everyone, yet in the decades that it has existed, it has failed to ever become implemented on a large scale. Two big deterrents for consumers are the high start-up costs and the needed knowledge to run a solar system. The reason SolarCity Corp (NASDAQ:SCTY) is achieving such remarkable customer growth is it has eliminated these two barriers.

There are no up front installation costs with SolarCity, and it performs the ongoing service the solar system needs. This results in a win-win situation. The customer wins by getting cheaper electricity without the upfront cost and the hassle of maintenance. SolarCity Corp (NASDAQ:SCTY) wins by raking in the recurring revenue.

SolarCity is winning in the solar energy market by correctly assessing the problems intrinsic to the solar energy industry and then solving these problems. By doing so, SolarCity Corp (NASDAQ:SCTY) has positioned itself for greatness for quite some time.

I own no shares of Tesla Motors Inc (NASDAQ:TSLA) or SolarCity, and on purpose. I have been convinced for some time that customers aren’t looking for electric cars, and solar panels are inherently unprofitable. I have therefore been astonished — gobsmacked even — by what Elon Musk has accomplished with these three companies.

Recognizing one’s failures helps in assessing exactly what went wrong. I now have this as a painful reminder that when identifying investment opportunities, don’t just look at the industries those companies are in, look for companies that:

If Musk’s companies, or any company for that matter, can hang on to these qualities, then look for them to continue to outperform their peers long-term. Correctly identifying these qualities in your investments can get you a long way to discovering the next home run investment opportunity.

The article How Elon Musk Can Help You Find the Next Home Run Stock? originally appeared on Fool.com.

Jon is a member of The Motley Fool Blog Network — entries represent the personal opinion of the blogger and are not formally edited.