As Tesla Motors Inc (NASDAQ:TSLA) has disappointed investors and industry observers by announcing a cut on its delivery outlook for the rest of the year, shares of the electric car maker slumped by over 12% Thursday morning. Previously, Tesla predicted it would deliver 55,000 new vehicles this year. As the company reported its second quarter earnings after markets closed on Wednesday, founder and Chief Executive Officer Elon Musk said that their actual deliveries for the year may be short of the previously-announced figure by as much as 5,000 units. This is due to possible production setbacks, particularly with the new Model X SUV, deliveries of which are expected to start by September 30. Moreover, Musk said that Tesla plans to make 1,600 to 1,800 vehicles on average per week in 2016, a range below the 2,000 weekly average the firm previously announced.

Aside from the delivery guidance cut, which induced a negative reaction from investors, Tesla Motors Inc (NASDAQ:TSLA) actually beat Wall Street expectations for the second quarter by reporting an adjusted loss of $61 million, or $0.48 per share, on revenues of $1.2 billion. Analysts were expecting the firm to post a loss per share of $0.59 on revenues of $1.19 billion. 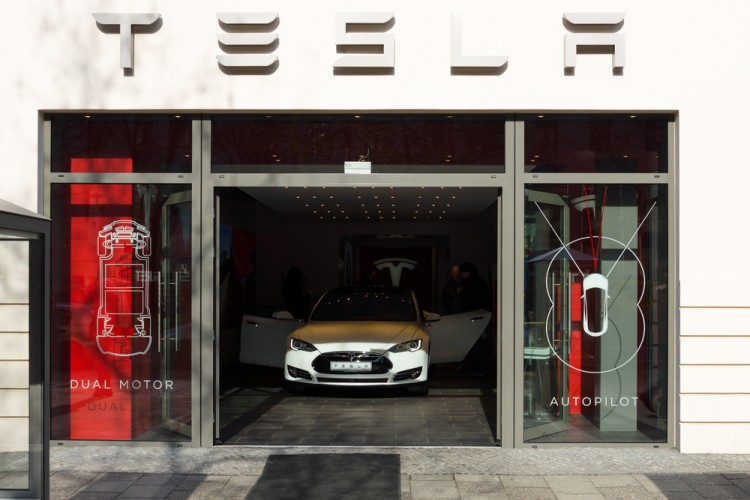 Hedge funds appear to have predicted this negative reaction to Tesla Motors Inc (NASDAQ:TSLA) after its second quarter report. But why do we scrutinize hedge fund activity in companies like Tesla? We follow hedge funds because our research has shown that their stock picks historically managed to generate alpha even though the filings are delayed by up to 45-days. We used a 60-day delay in our back tests to be on the safe side and our research showed that the 15 most popular small-cap stocks among hedge funds outperformed the S&P 500 Total Return Index by an average of 95 basis points per month between 1999 and 2012. After adjusting for risk, our calculations revealed that these stocks’ monthly alpha was 80 basis points. We have also been sharing and tracking the performance of these stocks since the end of August 2012, during which time they have returned 123.1%, outperforming the S&P 500 ETF (SPY) by 66.5 percentage points (see more details here).

We also track insider holdings comprised of share sales or share purchases. This give us an idea about the sentiment of insiders in their companies. There are no purchases by a Tesla insider this year yet. The latest sale was by Kimbal Musk, a director of the firm and Elon Musk’s brother, who sold 6,800 shares on August 3. With all of these in mind, we’re going to take a look at the fresh hedge fund activity surrounding Tesla Motors.

As mentioned, hedge funds may have foreseen Tesla Motors Inc (NASDAQ:TSLA)’s share price slump today. This is because even though the number of hedge funds with long positions in Tesla among those we track went up to 29 by the end of the first quarter, from 25 in the previous quarter, their stake in the electric car maker was considerably lessened. There was a 24.62% quarter-over-quarter decline in total hedge fund holdings in Tesla by March 31 to $1.04 billion, which is less than the 15.13% decline of the company’s stock in the first quarter.

Due to the significantly lower deliveries guidance, and the fact that hedge funds have reduced their stakes with most of those we follow also holding ‘Put’ positions, we do not recommend going long Tesla Motors Inc (NASDAQ:TSLA) at the moment.