I love playing around with screeners–to me it’s like sieving for gold. I love plugging data into the Motley Fool.com screener (under the CAPS community tab) and finding treasure. After looking around for mid and large caps with decent yields over 3%, double digit earnings and revenue growth, and low short interest, only three companies came up: Terra Nitrogen Company, L.P. (NYSE:TNH), Wynn Resorts, Limited (NASDAQ:WYNN), and Erie Indemnity Company (NASDAQ:ERIE).

It’s somewhat of a strange brew with a casino, an insurance company, and a fertilizer play, but not a bad beginning for a diversified portfolio with a good amount of yield.

As a domestic producer Terra Nitrogen Company, L.P. (NYSE:TNH) benefits from US demand because the majority of nitrogen used agriculturally must be imported. The company also benefits from low natural gas prices as an input cost. Nitrogen is a critical component for improving yield on fields that aren’t irrigated, i.e. good for drought-threatened crops. Also, Terra Nitrogen is positioning itself for increasing specialty nutrient demand by expending some capital (double the amount of 2011) to upgrade its facilities.

Doubling down on your holdings

The casino stocks have long been a favorite of mine, and Wynn Resorts, Limited (NASDAQ:WYNN), with a current yield of 3.3% and a P/E of 25.49, was one company that came up for its three year growth rates for revenue of 22.32% and EPS growth of 211.57%. Wynn also gives special dividends every so often, similar to what casino hosts call show-up money–a little cash just for patronizing their tables. Wynn’s return on equity is an impressive 49.53%, and its operating margin is 19.97%.

With just two properties in Asia Wynn Resorts, Limited (NASDAQ:WYNN) is at a disadvantage to rival Las Vegas Sands Corp. (NYSE:LVS), and is just beginning a project on the Cotai strip. Las Vegas Sands has three casinos in Macau and one in Singapore. MGM Resorts has the one Asian property, MGM China, but they will open another on the Cotai Strip in 2016.

Caveats for Wynn are that it has almost twice as much total debt to total cash. The company reported a net revenue decline in the Feb. 4 earnings release for Q4 and most of that revenue decline was from Macau. Also of concern was the decline in EPS from $4.88 in 2011 to $4.82 in 2012.

One other concern with Wynn is that the company is tied to namesake and CEO Steve Wynn, and his vision that a succession plan is always an issue. Elaine Wynn holds 9,659,355 shares as the second largest stakeholder behind Waddell & Reed Financial’s 14.89% stake of 15,039,402 shares, and is the likely reason for the high risk corporate governance rating for shareholders’ rights.  All that said, Wynn Resorts, Limited (NASDAQ:WYNN) is the best bet of the three casino stocks.

Erie, the personal and commercial property and casualty insurance broker for the Erie Insurance Exchange, was familiar to me because the ace mechanic who keeps all the Kraftmobiles running said Erie Insurance is the only company he uses to insure all the cars he owns and refurbishes. The stock is barely 5% off its 52 week high of $78.75.

Erie is this close to being a Dividend Aristocrat, having increased its payout for 22 consecutive years. The five year dividend growth rate is 17.70%. The yield stands at 3.2% with a 161.00% payout ratio, and the company has no debt and $53.25 in cash per share.

While it’s lightly covered and traded, analysts expect a 10.00% five year EPS growth rate in line with its industry. The company reported Q4 earnings on Feb. 26 in which earnings for the quarter increased from $0.49 to $0.54 from the year ago period, but the gross margin contracted from 13% to 12.2%.

This is not a momentum name, but the dividends are steady and predictable. Erie was named a J.D. Power and Associates 2012 Customer Service Champion, and named to Ward Group’s 2012 national list of Top 50 Performing Property/Casualty insurers for financial stability, consistency and performance.  Going forward expect this company to increase the yield and slowly grow the business.

There’s gold in them thar screeners!

These three companies have solid yields and solid businesses with bright outlooks ahead. Whether it’s increased fertilizer demand, Macau gambling on the upswing, or simply a good business that keeps getting better through word of mouth, each has catalysts going forward.

The article Three Stocks that Screen for Profits in 2013 originally appeared on Fool.com and is written by AnnaLisa Kraft. 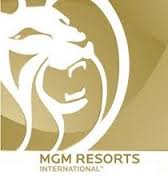 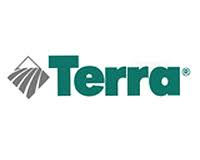