In late August, a ruling from a New York Court of Appeals determined that Argentina had to pay in full to holdouts from its 2001 default. Moreover, the court determined that if the country does not pay to holdouts, it cannot pay to its exchange bondholders. Because Argentinean authorities, including the president Cristina Kirchner, have repeatedly declared that under no circumstance would they pay in full to holdouts, the country might fall back into default.

That said, the recent primary parliamentary elections indicate that the power will change hands. This is not a minor detail. All the potential presidential candidates (Massa, Scioli, De La Sota among others) are far more market-friendly than Cristina Kirchner. Thus I would expect a dramatic change in Argentina’s economic policy after 2015, when presidential elections are to be held. This makes me think now is the time to start accumulating Argentinean assets despite the high short-term default risk. Here I recommend two stocks that could soar as a government change approaches.

Betting on telecommunications
Telecom Argentina S.A. (ADR) (NYSE:TEO) might still be one of the cheapest telecom stocks in the world despite being up by 57% year to date. The company has zero net debt, declining churn, growing market share in all segments (mobile, fixed-line, and Internet services), and a very low market valuation. Most importantly, Telecom Argentina, which is controlled by Telecom Italia S.p.A. (ADR) (NYSE:TI) and the Werthein family, is not suffering from any of the pricing pressures most telecom operators in the world are experiencing 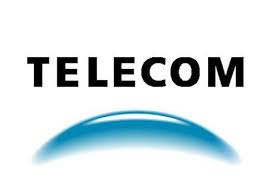 Telecom Argentina S.A. (ADR) (NYSE:TEO) is growing sales at a 5.4% year-over-year pace, growing its mobile customer base by 3% year over year, and generating a stable 30% EBITDA margin. This company, which controls more than 30% of the mobile market in Argentina, trades at 6.3 times P/E — a low multiple for a company that’s still expanding sales without deteriorating its margins.

Even when the government has practically banned dividend payments for almost all Argentinean companies trading in the U.S., Telecom Argentina S.A. (ADR) (NYSE:TEO) has found a way to give cash back to its shareholders through buying back its own shares. Telecom Argentina has been authorized to buy more than $200 million of its own shares, and I expect this program to be expanded until the end of next year as the company keeps on generating a 16% operating free-cash-flow yield.

My favorite oil bet
Petrobras Argentina SA ADR (NYSE:PZE), or simply Pesa, is my favorite oil company, given its prospects and its low valuation. Besides, there is a considerable and increasing chance that a merger or acquisition will take place soon. Pesa’s controller, Brazilian oil giant Petroleo Brasileiro Petrobras SA (ADR) (NYSE:PBR), a.k.a. Petrobras, is involved in a turnaround process and is reportedly willing to sell part of its 67% stake in Pesa.