Taxes: Apple Inc. (AAPL) Is Right and Tim Cook Is a Strong Leader!

Tim Cook didn´t have it easy when testifying before the congress on issues regarding Apple Inc. (NASDAQ:AAPL)´s tax avoidance strategy. But he proved three things: Apple is doing the right thing, the tax system needs to be reformed, and Cook himself is a strong leader.

Let´s be clear about this, nobody is saying that Apple Inc. (NASDAQ:AAPL) is doing anything illegal; the company is reducing its tax burden by operating 100% within the law. In a nutshell, what Apple Inc. (NASDAQ:AAPL) is doing is taking advantage of global tax loopholes by shifting profits to offshore units and saving billions of dollars in taxes. Such techniques are, in fact, quite popular among global corporations, especially in the tech industry. 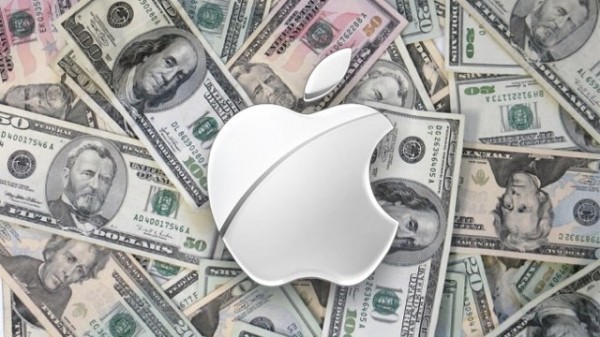 According to Bloomberg, Google Inc (NASDAQ:GOOG) has used a pair of tax shelters known as the “Double Irish” and “Dutch Sandwich” that move foreign profits through Ireland and the Netherlands to Bermuda to avoid about $2 billion in income taxes a year. Google shifts profits into an Irish subsidiary that doesn’t pay taxes in Ireland, because it´s managed in Bermuda, where there is no corporate tax law.

Microsoft Corporation (NASDAQ:MSFT) is no stranger to these kinds of practices either, according to a report by the U.S. Senate Permanent Subcommittee on Investigations, the company reduced its 2011 tax bill by $2.43 billion by exploiting loopholes via a wide variety of foreign groups in tax havens like Ireland, Puerto Rico, and Singapore among other accounting tricks.

Many other big corporations are using similar strategies, and this is having important implications when it comes to cash management. These companies are keeping big amounts of money in untaxed offshore bank accounts; JPMorgan Chase & Co. (NYSE:JPM) estimated last year that Apple Inc. (NASDAQ:AAPL) was keeping 67% of its cash in foreign accounts, while Google Inc (NASDAQ:GOOG) kept 48% of its money outside the US and Microsoft Corporation (NASDAQ:MSFT) maintained in offshore accounts a whopping 89% of its cash reserves according to the report.

These maneuvers may not be illegal, but they do go against the spirit of the law. American companies like Apple Inc. (NASDAQ:AAPL), Google, and Microsoft – to name a few high profile names – are using loopholes to accumulate their profits offshore and avoid US taxes, and they are also keeping their cash outside the country for the same reasons.

This has raised some criticism by those who think that corporations have a patriotic duty to maximize taxes paid. However, this idea doesn´t make any sense: companies have a fiduciary duty to their shareholders, and that means doing their best effort to reduce their tax burden. Nothing illegal is going on here, it´s the job of the regulators and public authorities to build a better and more efficient tax system, while corporate executives need to worry about keeping taxes as low as possible.

US corporations need to compete globally against other companies which pay lower taxes in their own countries, so they can´t afford the luxury of paying more than what´s strictly mandated by law. In fact, thanks to its tax minimization strategies, Apple is paying a similar effective tax rate to the one paid by Samsung, its biggest and most threatening competitor. In the global capitalistic system, maximizing competitiveness is not only fair, but even a necessity.

Fixing the US tax system is a much better idea than expecting corporations to make irrational and uncompetitive decisions. Bringing corporate tax rates in line with that of other countries, implementing a reasonable tax on foreign earnings in order to allow capital to move freely cross borders and simplifying the US tax code, for example, would be a more sensible approach to the problem than complaining about the fact that Apple and other companies are doing what they can to keep their taxes as low as possible.

The hearing could have been a tough moment for Tim Cook and his team, even if Apple is doing nothing wrong, being a gigantic and profitable corporation which is avoiding billions of dollars in taxes by using accounting tricks is not precisely a comfortable position. Making matters worse, Senator Carl Levin published quite an aggressive press release the day before the hearing:

“Apple wasn’t satisfied with shifting its profits to a low-tax offshore tax haven,” said Sen. Levin. “Apple sought the Holy Grail of tax avoidance. It has created offshore entities holding tens of billions of dollars, while claiming to be tax resident nowhere. We intend to highlight that gimmick and other Apple offshore tax avoidance tactics so that American working families who pay their share of taxes understand how offshore tax loopholes raise their tax burden, add to the federal deficit and ought to be closed.”

But Tim Cook knew has he was talking about, he kept in control of the situation the whole time, and he showed that instead of putting Apple under fire, politicians should better revisit an inefficient tax code which puts the company and its American peers at disadvantage versus global competitors:

You can´t blame Apple – or other American companies for that matter – for reducing their tax burden as much as they can provided they don´t break any laws. In any case, changing the US tax system is the way to go in order to eliminate this kind of tax avoiding behavior.

The article Taxes: Apple Is Right and Tim Cook Is a Strong Leader! originally appeared on Fool.com and is written by Andrés Cardenal.

Andrés is a member of The Motley Fool Blog Network — entries represent the personal opinion of the blogger and are not formally edited.

Google Inc (GOOG): Is This Next-Gen Device Coming or Not?