Jeffrey Furber‘s AEW Capital Management recently filed its 13F with the U.S. Securities and Exchange Commission for the quarterly period ended March 31, with the filing showed that the firm had a public equity portfolio valued at $4.97 billion. The report also showed that the real estate investment manager mainly invests in financial stocks (which includes real estate), with the sector representing 92% of the fund’s exposure to public equities. AEW Capital Management boasts $25.93 billion in assets under management, meaning public equities accounted for just 19.18% of its total assets. The fund was founded in 1981 and is currently managed by Jeffrey Furber. Insider Monkey has been following the hedge fund and its interest in both large-cap and small-cap stocks, and in this article, we’ll look at the fund’s top investments in small-cap real estate investment trusts (REITs) for the quarter, those being Taubman Centers, Inc. (NYSE:TCO), DuPont Fabros Technology, Inc. (NYSE:DFT), and Equity Lifestyle Properties, Inc. (NYSE:ELS). 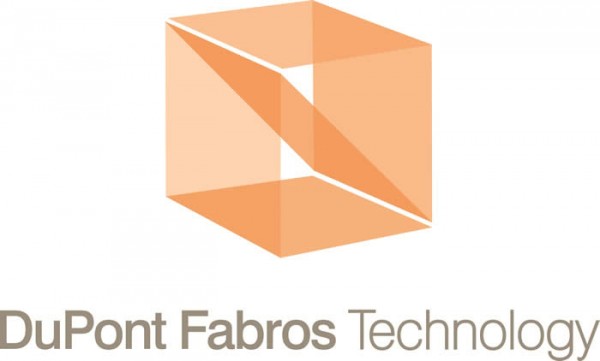 The top small-cap picks of Jeffrey Furber are notable to us given the fact that it’s investors like him who add great value to our small-cap strategy system, as they are heavily invested in the success of their small-cap picks and have poured considerable resources into identifying undervalued or under-the-radar companies to invest in. We have found that collectively, hedge funds’ top small-cap picks provide a great investment opportunity, with our strategy having returned over 144% since it was launched at the end of August 2012, beating the market by nearly 85 percentage points (see the details).

The first company we will look into is Taubman Centers, Inc. (NYSE:TCO), in which the fund held a total of 1.37 million shares worth $105.47 million at the end of the first quarter. The company surprised analysts when it posted $0.81 in earnings per share for the quarter, beating analysts’ consensus estimate of $0.74. However, the figure represents a decrease of $0.33 compared to the corresponding quarter the previous year. Analysts predict that the company will deliver $3.26 in earnings per share for fiscal year 2015, which Taubman is perfectly on pace to deliver so far, and the company’s performance is expected to be stable throughout the year due to the location of its malls, which are mainly in major metropolitan areas. The firm recently revealed that it had raised its stake in The Mall of San Juan, Puerto Rico, to 95% from 80%, a strategic move owing to the high value of the property. The firm does still have several concerns moving forward, including increasing competition in the sector, skyrocketing online sales, and a possible rise in interest rates. The company had a total of 24 hedge funds invest in it, among them being four billionaires. Some of these funds are Booth Park Capital Management, John Khoury‘s Long Pond Capital, and Waterfront Capital Partners.

At the end of the first quarter, AEW Capital Management had a total of 2.39 million shares of DuPont Fabros Technology, Inc. (NYSE:DFT) valued at $77.98 million. This showed an increase in the fund’s stake in the company from the previous quarter when it held 2.22 million shares. In a strategy to repay its borrowing and fund its activities, the company announced the pricing of a $250 million release of senior notes by its subsidiary DuPont Fabros Technology, L.P. The notes are due on June 15, 2023. The stock currently sports a dividend yield of 5.30% and has a Price-to-Earnings ratio of 28.25. DuPont Fabros Technology, Inc. (NYSE:DFT) has a “Buy” rating from the Street, owing to its stable share price, revenue potential, healthy cash flow from its operations, and remarkable return-on-equity. In the first quarter of 2015, the company reported $0.65 in earnings per share and is expected to report $0.62 in earnings per share for the current quarter, according to Wall Street analysts. The real estate investment trust has attracted investors from diverse quarters. At the end of the first quarter it had a total of 11 hedge funds invested in it out of the 730 that we track. The funds had an aggregate investment of $156.96 million. Bernard Horn‘s Polaris Capital Management and Richard Driehaus’ Driehaus Capital are among the hedge funds that had stakes in the company.

AEW Capital Management held 1.42 million shares of Equity Lifestyle Properties, Inc. (NYSE:ELS) worth $77.90 million. In the first quarter ended March 31, Equity Lifestyle Properties, Inc. (NYSE:ELS) reported $0.83 in earnings per share, which represented a surprise factor of 1.22%. The REIT operates mainly in two segments, which are Home Sales and Property Operations and Home. The Rental Operations segment focuses on purchasing, selling, and leasing homes. Several other hedge funds were invested in Equity Lifestyle Properties, Inc. (NYSE:ELS) during the first quarter, with their combined investment totaling $352.56 million. Some of the investors of the stock who will be keen on its performance are Echo Street Capital Management, Horizon Asset Management, and the quant fund D E Shaw.