The economic slowdown in China has hit the banking sector, as several Chinese banks show concern over a possible increase in non-performing loans. There is also fear that diminishing investment will also lead to a decrease in consumption. And the signs are there – according to a survey by the National Bureau of Statistics, disposable per capita income for urban dwellers grew 9% in the first two quarters of 2013 compared to an average of 13% reported for the last five years.

To sustain the rapid economic growth, China’s banks expanded their lending and were rewarded with annual profits of more than 20%. Now several industries, particularly solar energy companies, find themselves with too much debt. Their expanded operations have led to excess capacity amid decreasing sales. I’ll examine the financials of three of the top solar energy companies in China to examine how they’re managing their debt levels.

Suntech Power Holdings
The largest solar panel maker in China, Suntech Power Holdings Co., Ltd. (ADR) (NYSE:STP) provides products for residential and commercial uses. It has delivered over 25 million solar panels to over 1,000 customers in more than 80 countries. The company showed in its 2011 annual report increasing capital expenditures by as much as 93% from 2009 to 2010. Short-term borrowings and current liabilities have also been rising since 2007:

From 2009 to 2011, the company financed its operations mostly through short-term and long-term bank debt. In addition, by the end of 2011, Suntech Power Holdings Co., Ltd. (ADR) (NYSE:STP) did not meet the financial covenants in all of its long-term commercial bank loans, which carried a total principal amount of $40 million. Of those loans, $27.9 million were reclassified from long-term to short-term borrowings due to the non-compliance.

Suntech Power Holdings Co., Ltd. (ADR) (NYSE:STP) delayed the filing of its 2012 annual report as the company and its largest subsidiary, Wuxi Suntech, undergo restructuring to improve their balance sheets and cost structures. Preliminary results for the fourth quarter ended December 31, 2012 showed a decline in revenues of 8% and gross margin was about .4%.

LDK Solar
Another player in the solar power industry is LDK Solar Co., Ltd (ADR) (NYSE:LDK), an industry leader involved in photovoltaic, or PV, manufacturing and project development activities. In its 2012 annual report for the period ended December 31, LDK Solar showed how its working capital deficits have increased — $3.1 million in 2012; $2.1 million in 2011; and $1.6 million in 2010. There was also mention of “substantial doubt” of the company’s ability to continue operating. LDK Solar had a net loss for 2012 of $1.1 million and diluted loss per share of $8.62. Its debt levels over the past five years follow a similar trajectory to those of Suntech Power Holdings Co., Ltd. (ADR) (NYSE:STP):

This year’s results show a narrowing of revenue losses over prior periods. Operating margin improved in the second quarter of fiscal 2013 to (82.9%) compared to (89.4%) in the first quarter of 2013 but was worse than last year’s second quarter margin of (73.4%). CEO Sam Tong stated that revenue for the quarter was in line with expectations, as net losses have been reduced. The company continues to improve its cost structure and sees signs of improvement in the PV market. 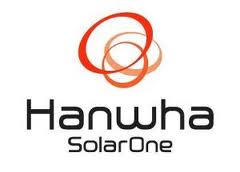