The fight for the acquisition of the third-largest U.S. carrier, Sprint Nextel Corporation (NYSE:S), continues between SoftBank and DISH Network Corp. (NASDAQ:DISH). While DISH Network Corp. (NASDAQ:DISH) is arranging the required finances to fund its $25.5 billion counterbid, Sprint has raised its bid to appease Clearwire Corporation (NASDAQ:CLWR) investors who are opposing the carrier’s proposal for grossly undervaluing the company’s spectrum asset. The Kansas-based carrier wants to make sure to have complete control over Clearwire Corporation (NASDAQ:CLWR)’s spectrum asset, sensing that ‘ownership of Clearwire’ is one of the main reasons why SoftBank and Dish wish to acquire Sprint Nextel Corporation (NYSE:S). 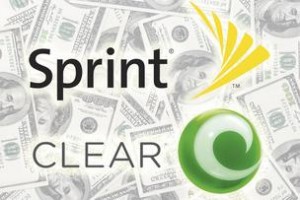 However despite making the ‘best and final’ offer, Sprint Nextel Corporation (NYSE:S) has not succeeded in winning the favor of Clearwire Corporation (NASDAQ:CLWR) investors.

The ‘best and final’ offer

Sprint Nextel Corporation (NYSE:S) sweetened its bid by 14% to $3.40 per share just prior to the special shareholders’ meeting in anticipation that minority investors would finally agree to the proposal. Though the new bid is higher than DISH’s proposal of $3.30 per share, Crest Financial and Mount Kellett Capital Management don’t seem satisfied and are still suggesting shareholders to oppose Sprint Nextel Corporation (NYSE:S)’s offer. The regional carrier’s financial advisors also believe that the equity value of the telecom player is even higher than $3.40 per share. In fact, Crest wants to hang around until the battle between DISH and Softbank, who are competing to gain control over Sprint, is resolved.

But Sprint cannot afford to wait much. In case Clearwire Corporation (NASDAQ:CLWR) files for bankruptcy protection, the company’s spectrum asset would be auctioned to clear the creditors’ balance before paying shareholders. In addition, at the spectrum auction, Sprint would have to compete with larger and financially much sound rivals Verizon Communications Inc. (NYSE:VZ) and AT&T Inc. (NYSE:T) to buy Clearwire Corporation (NASDAQ:CLWR)’s airwaves.

It is extremely important for Sprint to takeover Clearwire. The spectrum rich carrier has about 160 MHz spectrum in the top 100 U.S. markets. This would help Sprint in building a robust 4G LTE network and effectively compete with the big two. Also, Sprint is aware that Clearwire’s spectrum is one of the chief attractions for both its suitors who are battling to takeover the carrier.

DISH Network, which has been accused by SoftBank of not having the required finances to buy Sprint, is making arrangements to finance the $9 billion deficit to cover its $25.5 billion bid against SoftBank’s $20.1 billion proposal. The company has worked very hard to raise finances, particularly after SoftBank restricted several Wall Street banks from lending to DISH. The satellite provider managed to get commitment letters from five banks by recently adding Scotiabank to lend money for the acquisition proposal.

But, DISH will not pay the commitment fees unless the company draws the loan. The company’s Chairman, Charlie Ergen, said that he would pay the fees once its deal with Sprint is finalized and that financing is the only ‘remaining obstacle.’

SoftBank will have the U.S. government appoint an independent director to Sprint’s board to ensure that no security matters are raised or violated. The director would check operations relating to national security so that such concerns are minimized. In addition, SoftBank has also assured the U.S. government that it would not buy its equipment from Chinese component makers.