With the announced sales of its Peruvian division to Chile’s Empresa Nacional de Telecom Italia S.p.A. (ADR) (NYSE:TI)unicaciones, or Entel as it’s known, the start of NII Holdings, Inc. (NASDAQ:NIHD)‘ planned divestiture of assets outside of the Brazilian and Mexican markets means it will be better able to concentrate on rolling out its next generation wireless service. Maybe. 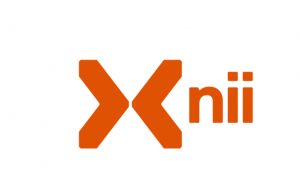 Press to talk
NII markets Sprint Nextel Corporation (NYSE:S)‘s Nextel brand throughout Latin America (NYSE:AMX), but Brazil and Mexico account for 83% of its revenue. Peru, Chile, and Argentina account for the rest, with the last being the biggest of the three with $685 million in 2012, or 11% of the total.

The carrier has been struggling to bring 3G service to South America even as rivals have already completed their rollouts. For example, America Movil SAB de CV (ADR) (NYSE:AMX), Mexico’s largest wireless operator, completed its deployment of 3G service in Mexico and began deploying 4G LTE service this year, while Spain’s Telefonica S.A. (ADR) (NYSE:TEF)— the largest provider in Brazil — rolled out such services in a number of Latin American markets.

Hardly a ripple
The beginning of the asset sales is the realization that NII Holdings, Inc. (NASDAQ:NIHD) is really a small fish in a big pond. Multinational carriers like America Movil SAB de CV (ADR) (NYSE:AMX), Telefonica S.A. (ADR) (NYSE:TEF), and Italy’s Telecom Italia S.p.A. (ADR) (NYSE:TI) control most of the service south of the border. While the Sprint Nextel Corporation (NYSE:S) marketer had hopes of carving out a niche for itself by going where the big dogs were underrepresented, that has not panned out as expected. Chile was just added last July to its roster of countries where it launched service, but that’s on the auction block, too, and it was forced to writedown the value of its assets there last quarter.

And because these large, international service providers are already entrenched in the two remaining markets NII hopes to expand in, its strategic vision may not look so clear in hindsight. Fourth-quarter results saw the carrier hemorrhaging cash as it turned to a $593 million loss because of higher customer turnover and higher costs due to the 3G rollout. Customer churn almost doubled to 3.4% from the year-ago period while average revenue per user fell 15% to $41, though that was largely a result of unfavorable currency exchange rates.

These were factors that led me to pick the stock last year to underperform the market indexes on Motley Fool CAPS, and I see no reason for that outlook to change now. Despite trading at just a fraction of its sales and book value, NII Holdings, Inc. (NASDAQ:NIHD) Holdings is not a stock I’d hold onto.

The article NII Disconnects South of the Border originally appeared on Fool.com is written by Rich Duprey.

Amazon.com, Inc. (AMZN): The Only Place It Can GoMerck & Co., Inc. (MRK): Is a Dow Correction Imminent? This Stock Says...
Monthly Newsletter Strategy
Download a free copy of our newsletter and see the details inside!
Hedge Fund Resource Center
Billionaire Hedge Funds