The worries about the election and the ongoing uncertainty about the path of interest-rate increases have been keeping investors on the sidelines. Of course, most hedge funds and other asset managers have been underperforming main stock market indices since the middle of 2015. Interestingly though, smaller-cap stocks registered their best performance relative to the large-capitalization stocks since the end of the June quarter, suggesting that this may be the best time to take a cue from their stock picks. In fact, the Russell 2000 Index gained more than 15% since the beginning of the third quarter, while the Standard and Poor’s 500 benchmark returned less than 6%. This article will lay out and discuss the hedge fund and institutional investor sentiment towards U.S. Silica Holdings Inc (NYSE:SLCA).

Is U.S. Silica Holdings Inc (NYSE:SLCA) a buy right now? Prominent investors are becoming more confident, as the number of funds from the Insider Monkey database long the stock went up by eight to 39 during the third quarter. However, the level and the change in hedge fund popularity aren’t the only variables you need to analyze to decipher hedge funds’ perspectives. A stock may witness a boost in popularity but it may still be less popular than similarly priced stocks. That’s why at the end of this article we will examine companies such as Cousins Properties Inc (NYSE:CUZ), Boston Beer Co Inc (NYSE:SAM), and WESCO International, Inc. (NYSE:WCC) to gather more data points. 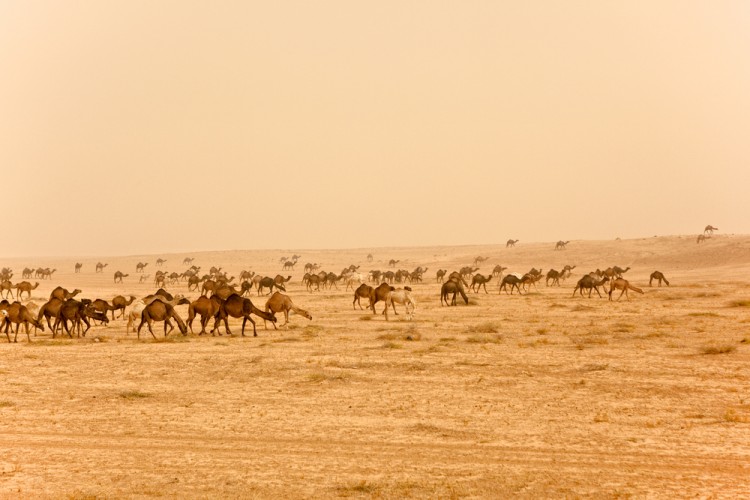 What does the smart money think about U.S. Silica Holdings Inc (NYSE:SLCA)?

Heading into the fourth quarter of 2016, 39 of the hedge funds tracked by Insider Monkey were bullish on U.S. Silica Holdings, up by 26% from the end of the second quarter. With the smart money’s sentiment swirling, there exists a few noteworthy hedge fund managers who were increasing their holdings significantly (or already accumulated large positions). 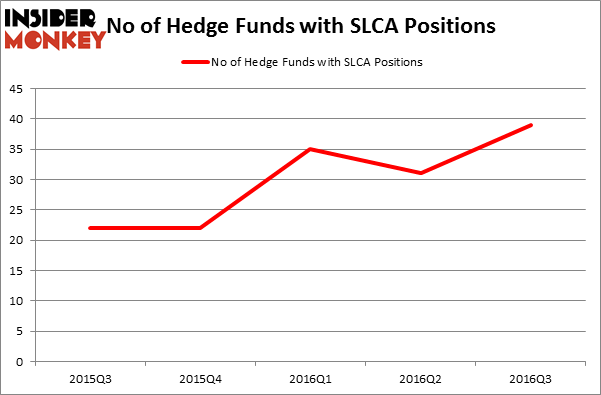 Of the funds tracked by Insider Monkey, John Labanowski’s Brenham Capital Management has the most valuable position in U.S. Silica Holdings Inc (NYSE:SLCA), worth close to $121.1 million, comprising 14.4% of its total 13F portfolio. The second largest stake is held by Israel Englander’s Millennium Management, which holds a $104.2 million position; the fund has 0.2% of its 13F portfolio invested in the stock. Two other members of the smart money with similar optimism comprise John W. Rogers’s Ariel Investments and Anand Parekh’s Alyeska Investment Group.

As one would reasonably expect, specific money managers were breaking ground themselves. Anchor Bolt Capital, managed by Robert Polak, created the most outsized position in U.S. Silica Holdings Inc (NYSE:SLCA). Anchor Bolt Capital had $34.2 million invested in the company at the end of the quarter. Peter Muller’s PDT Partners also made a $13.3 million investment in the stock during the quarter. The following funds were also among the new SLCA investors: Ben Levine, Andrew Manuel and Stefan Renold’s LMR Partners, Eric Sprott’s Sprott Asset Management, and Ken Griffin’s Citadel Investment Group.

As you can see these stocks had an average of 19 funds with bullish positions and the average amount invested in these stocks was $423 million at the end of September, which compares with $751 million in SLCA’s case. Armstrong World Industries, Inc. (NYSE:AWI) is the most popular stock in this table. On the other hand Cousins Properties Inc (NYSE:CUZ) is the least popular one with only nine funds holding shares. Compared to these stocks U.S. Silica Holdings Inc (NYSE:SLCA) is more popular among hedge funds. Considering that hedge funds are fond of this stock in relation to its market cap peers, it may be a good idea to analyze it in detail and potentially include it in your portfolio.