Seadrill Ltd (NYSE:SDRL) offers a dividend yield of just under 6%, and based on market capitalization, the company is the largest offshore drilling company in the world. However, when glancing over the company’s financials, prospective investors would be right to question Seadrill’s rapidly rising debt and the fact that the dividend payout is not wholly covered by cash flows. But what is the real story?

This trend is not limited to this year alone: Over the past four years the company’s cash inflow from operations totaled $6 billion, capital expenditure spending has been around $8 billion, and dividend payments have amounted to $4.5 billion, a total cash outflow of $6.5 billion.

So, Seadrill Ltd (NYSE:SDRL) cannot afford its lavish spending habits, and the company is having to borrow to fill the gap between income and expenditure.

However, looking at Seadrill Ltd (NYSE:SDRL)’s balance sheet and debt, I can see that the company’s borrowings only amount to approximately 50% of assets . As loans are usually tied to assets, this is a relatively good metric for the company.

Having said that, according to Morningstar, Seadrill has a credit rating of B, based on its debt, predictability of cash flows, and historical management performance. Morningstar states that a rating of B constitutes a high risk of default. In comparison, peers ENSCO PLC (NYSE:ESV) and Rowan Companies PLC (NYSE:RDC), which I comment on below, are rated BBB and BBB- respectively, which according to Morningstar is a moderate risk of default. Still, the rating is higher than that of Seadrill Ltd (NYSE:SDRL).

Nonetheless, according to Seadrill’s own financial reports, the company’s interest expenses only consumed around 20% of EBIT for the past 12 months. So, considering the debt-to-asset metric and interest expense cover by EBIT, Seadrill’s debt currently looks sustainable; although the future is unpredictable.

Spending more could be better…

Looking at Seadrill’s debt got me thinking, is the company actually achieving a good return for its investors, considering the extra risk shareholders are taking by investing in a company with so much debt?

Well, it would appear not. Seadrill’s heavy spending is driving growth forward and over the past five years, Seadrill’s earnings per share and sales have expanded 15% and 24% respectively. In comparison, peer ENSCO PLC (NYSE:ESV) has notched EPS and sales growth of -2% and 18%, while Rowan Companies PLC (NYSE:RDC)’s  EPS has fallen a staggering 14% and sales have grown less than 1% per year.

Could it be that being frugal is holding back growth?

Both Ensco’s and Rowan’s balance sheets are stronger than Seadrill’s. Ensco’s net-debt-to-asset ratio  is 25% and Rowan’s is 13%. Moreover, Rowan has $1 billion of cash on its balance sheet and a quick ratio of 6. However, despite these fortress balance sheets, Seadrill is beating both companies on every growth metric. In addition, despite Seadrill’s larger debt pile and interest costs, the company is still more efficient.

As of the last quarter, Seadrill’s net margin was 31%, including the interest payments on its debt pile, compared to the net margin of Ensco (29%) and Rowan (20%) even though their debts are relatively low. 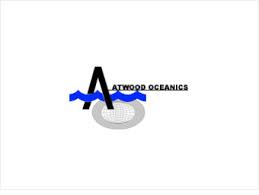