The acquisition spree for Sprint Nextel Corporation (NYSE:S) continues to heat up, as Dish Networks makes a bid to acquire. The latest offer would be to purchase the company for $7 per share, a premium of more than 200% from its January 2012 low. While Sprint continues to catch the market’s eye late, Rite Aid Corporation (NYSE:RAD) is another acquisition target that is worth the same $7 per share, or more.

How Do you Compare Rite Aid to Sprint? 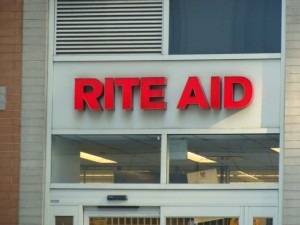 Rite Aid Corporation (NYSE:RAD) and Sprint Nextel Corporation (NYSE:S) are two completely different companies. Sprint is a telecom company and Rite Aid operates in the pharmacy retail business. The two companies share very few common bonds, with the exception of both having individual catalysts that are attractive to potential acquirers.

Back in early 2012, very few would have considered Sprint Nextel Corporation (NYSE:S) an acquisition target. It had posted many years of lost revenue, continued to lose subscribers, and had significant debt. Yet with the addition of the iPhone the company was once again competitive. And since then, subscribers have increased, and revenue saw a gain of more than $1.5 billion over the previous year. The company has become attractive due to its fundamental improvements, its large subscriber base, and its network.

For Rite Aid Corporation (NYSE:RAD), the company is now profitable! It has been six years since Rite Aid posted a profitable year, and this accomplishment comes thanks to both a macro shift to generic drugs and also a multi-year restructuring strategy to lower costs and eliminate unprofitable locations. Yet still the company’s margins are barely producing a profit and because of the upside in margins that exists, combined with its large market presence, it is very possible that this undervalued company could become highly attractive as an acquisition target.

The Market’s Major Concern with these Two Companies

The one knock on both companies has been debt. Yet despite a large debt position of more than $24 billion, Sprint Nextel Corporation (NYSE:S) has commanded significant interest from acquirers. Sprint has a debt-to-assets ratio of almost 50% to compliment an accumulated deficit of nearly $45 billion (which is often hidden in the balance sheet).

Just to be clear, Sprint’s large debt position clearly shows years of inefficiency on behalf of management. However, investors often forget that the company operates in a high debt industry. Its largest competitors AT&T and Verizon have debt of $69.84 billion and $51.99 billion, respectively. Therefore, considering Sprint’s operational presence, its $24 billion in debt doesn’t seem that bad.

Now, using the same formula, investors’ chief concern with Rite Aid Corporation (NYSE:RAD) has been debt, as it has $6 billion on its balance sheet. But much like telecom, the pharmaceutical space carries a lot of debt, as Walgreens has $6.36 billion and CVS has almost $10 billion in debt on their balance sheets. However, much like Sprint, you can clearly see the years of operational struggles, although with Rite Aid being profitable it is now making strides to clean up its debt without the help of a partner or an acquirer.

The point is that despite high debt, Rite Aid is still highly attractive as an acquisition target. The nature of the business must be considered, and both Sprint Nextel Corporation (NYSE:S) and Rite Aid operate in high debt sectors of the market. With that said, $6 billion in debt for Rite Aid is quite minimal considering the amount of margin upside that exists in the space.