Research In Motion Ltd (BBRY), and Three Companies to Avoid in a Selloff

At the time of writing, all three major averages are down on the day. It’s not something that we’ve been used to seeing over the past few weeks, but it’s something that some analysts believe should be happening more often.

Let’s say that Mr. Farrell is right and we should plan for a downturn in the stock market, a correction of sorts. My last article pegged the best place to be in the dividend yielding brand names. This article is going to tell you where not to be in the event of a correction. 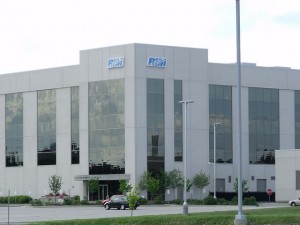 There’s consistent news out there about these phones being returned at alarming rates. Then there are articles where Research In Motion Ltd (NASDAQ:BBRY) claims that the return news is faked. I honestly don’t know who to believe as I have yet to see someone with one of these phones out there in the wild.

I’m not writing this simply to bash on Research In Motion Ltd and the people who actually like their phones, I’m writing this because in the event of a correction, this high beta stock will likely explore the deep depths of their pricing.

Research In Motion Ltd (NASDAQ:BBRY) is currently a $7 billion company that is fighting to become prominent in a two-horse cell phone race between Google Inc (NASDAQ:GOOG)’s Android OS and Apple Inc. (NASDAQ:AAPL)’s iOS.

While the company has done well to turn themselves around and get the Z10 out there, I don’t expect them to continue much past the Q10. Management should get a pat on the backs for coming this far.

While Bitcoin may have “tanked” over the past couple of days, it is hard to look at a currency like that and think that we’ll always continue to use cash. I can send a Bitcoin around the world in a matter of seconds. I can’t do that at The Western Union Company (NYSE:WU).

In the event of any kind of sharp drop, I would think that Western Union would live up to their 1.45 beta and well underperform the market.

If you want to see one of the worlds’ scariest roller coasters then go ahead and pull up the five year chart of SAIC.

The company actually operates across four segments that aid the government in some way. Those segments include Defense Solutions, Energy, and Cybersecurity Solutions.

As of writing, this stock is overvalued when looking at the P/E ratio. SAI is trading at 27.8 times earnings, while their industry as a whole is at 21.3.

What’s Wrong With These Companies?

Well, you may be obliged to say “nothing” but GovernanceMetrics International would not agree with you. These three companies, along with many others, received the lowest possible score on the company’s AGR method. GMI has said that the lowest scorers typically underperform the market, and underperforming in bad times is not something we want to be a part of.

In the interest of pointing out that they’re not right all the time, though I should mention that GMI has also given Pfizer their lowest score. The pharmaceutical company has outperformed the market year-to-date, returning some 22.3%.

I’ve made my thoughts clear on Research In Motion Ltd (NASDAQ:BBRY) in previous posts and they were met with a lot of backlash. I still firmly stand by those thoughts though. The company will not go anywhere, and they are simply prolonging their death.

If everyone goes into sell mode, do you really think they’ll keep Research In Motion Ltd in the portfolio? I do not. And the same goes for The Western Union Company (NYSE:WU) and SAIC, Inc. (NYSE:SAI), both of which could be considered semi-decent companies.

A quick look at the sales growth in the most recent quarter versus the year ago quarter shows that all three underperform their respective industries. Research In Motion Ltd (NASDAQ:BBRY) is showing a -35.9 growth, Western Union pulls up a -0.5, and SAIC, Inc. (NYSE:SAI) grew at 2.9%.

The only one that scares me on the financials side is The Western Union Company (NYSE:WU), which has a debt to equity ratio of 4.28. That’s large, but it’s still below the industry’s 6.78. Research In Motion Ltd is actually sitting pretty in this realm with a 0 in the category while SAIC, Inc. (NYSE:SAI) is pulling a 0.53.

Ash Anderson has no position in any stocks mentioned. The Motley Fool recommends The Western Union Company (NYSE:WU).

Apple Inc. (AAPL): China Survey Says It Has a Lot of Work to Do?
Monthly Newsletter Strategy
Download a free copy of our newsletter and see the details inside!
Hedge Fund Resource Center
Billionaire Hedge Funds