QUALCOMM, Inc. (QCOM), And How to Invest Despite Conflicting Versions of the Truth

Rather than focus on this quarter, here are some things that investors need to focus on.  Production is down.  They have sold around $65 billion in assets since the Gulf of Mexico disaster.  They are also defendants in 2,200+ pending lawsuits, any of which could cost the company big time.  However, despite all this adversity, there are some very real opportunities such as new production from Angola, Norway, and Trinidad.  The question is, will this company begin moving forward having successfully put their past behind them, or do they still have a ways to go?

I’m not quite sure anyone predicted that Netflix, Inc. (NASDAQ:NFLX) would be up over 250% since last August.  That is nothing short of tremendous for a company that at one time became engulfed in controversy.  These days Netflix can do no wrong, rising 26%, 50%, and 30% after each of the three most recent earning reports.

Many an article cites the exciting developments in Netflix, Inc. (NASDAQ:NFLX)’s most recent quarter.  Since Netflix is banking a lot on streaming, it is seen to be good news that domestic streaming subscribers are up over 16% (year-over-year) and that international streaming is up 162% (year-over-year).  But when you look at what is really going on, I don’t think it matters how many subscribers Netflix, Inc. (NASDAQ:NFLX) adds right now. 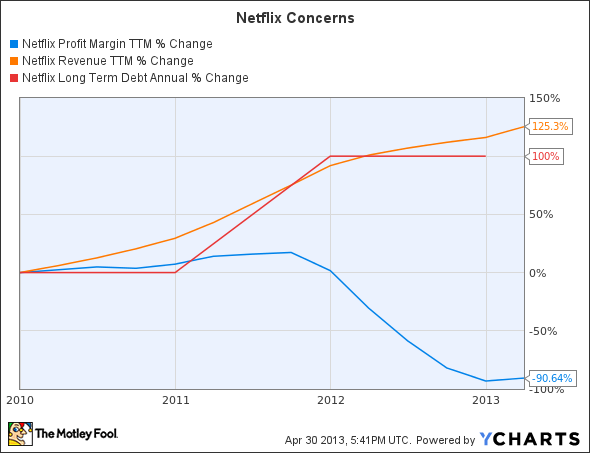 Profit margin has fallen 90% with the switch to streaming.  Revenue can continue to grow, and indeed that has been spectacular, but until this profit margin is fixed Netflix is going to have problems.  And what’s to suggest that the margin will improve at this point?  Actually, the evidence is to the contrary, with streaming competition from the likes of Hulu and Amazon.com, Inc. (NASDAQ:AMZN).

Stay Sharp Out There

Don’t let well written headlines fool you.  Don’t let a part-truth keep you from getting a handle on the bigger picture of reality in order to make smart and timely investment decisions.  With a little digging, you can find the reality of the situation.

The article How to Invest Despite Conflicting Versions of the Truth originally appeared on Fool.com and is written by Jon Quast.