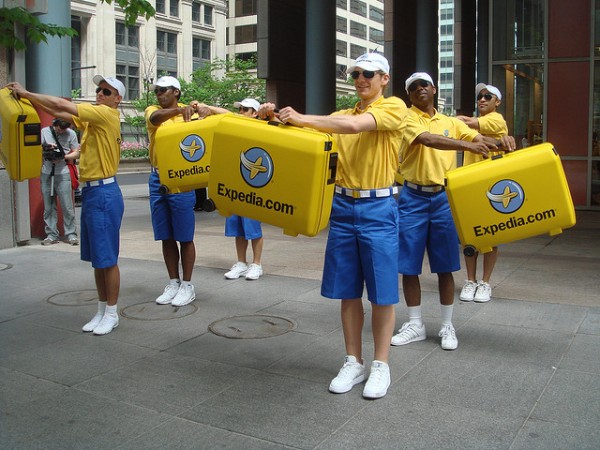 However, some companies are making significant profits despite a lack of competitive advantages. For instance, Priceline.com Inc (NASDAQ:PCLN) earned a whopping 33.5% pre-tax margin in the last fiscal year.

It’s also an extremely asset-light business, so capital expenditures are a negligible component of expenses. This means that firms can grow rapidly without making significant additional investments. That’s why this industry is such a great place to find hot stocks.

The astronomical rise in Priceline’s stock from $53 in November 2008 to nearly $700 today is a symptom of the company’s incredible rise in the online travel industry.

The company has avoided significant competition from Expedia Inc (NASDAQ:EXPE) by focusing on the European and Asian markets. This has enabled the company to grow much faster than its domestically focused counterparts.

However, Priceline.com Inc (NASDAQ:PCLN) is not immune to competition. While its lead in the international markets is safe for now, rivals Expedia and Orbitz Worldwide, Inc. (NYSE:OWW) have changed their focus to one of expansion in the Asian markets.

Expedia Inc (NASDAQ:EXPE) partnered with China’s largest Internet firm and an Asian budget airliner to aggressively pursue the regional market. Although the Chinese adoption rate of online travel bookings is much slower than that in the U.S., the company continues to rapidly expand in this new market.

Meanwhile, Orbitz has had a difficult time even turning a profit. The company has only $779 million in sales compared with $5.2 billion and $4 billion for Priceline.com Inc (NASDAQ:PCLN) and Expedia, respectively.

To compete effectively in this business, a company has to have an extensive network of hotels, airlines, car rentals, and other services to offer its customers. Generally, larger companies have bigger and better networks — which means Orbitz is pushing an inferior product. An inferior product at an equivalent price will not sell, which is why Orbitz desperately needs to expand in order to survive.

Normally, when I see a fast-growing industry with no sustainable competitive advantages, I simply close the 10-K and move on to something else. However, these companies’ remarkable free cash flow caught my attention. Since they don’t have to make significant cash investments in infrastructure in order to expand, they generate more free cash flow than their earnings indicate. Even Orbitz has been cash flow positive for many years.

More strikingly, the stocks do not trade at high multiples of free cash flow.

Priceline’s meteoric growth deserves a high multiple, so 20 times free cash flow isn’t as crazy as it looks. Expedia, on the other hand, should be trading at a much higher multiple of free cash flow because of its growth prospects. Orbitz is cheap if you think it can successfully expand overseas, but it could be costly if it doesn’t make it.

However, it’s important to remember that free cash flow is still one step removed from shareholders; management still has to allocate the capital efficiently. So far, Priceline seems content to let it pile up on its balance sheet while doing some small share repurchases here and there. Expedia Inc (NASDAQ:EXPE) also has a growing cash pile, but it returns more to shareholders in dividends and buybacks. Orbitz neither pays a dividend nor repurchases its stock, but it could be headed for oblivion so we won’t hold that against them.

Priceline.com Inc (NASDAQ:PCLN) and Expedia Inc (NASDAQ:EXPE) are both in a position to lead the online travel bookings industry over the next few years. Of the two, Expedia is much cheaper on a price-to-free cash flow basis. Expedia also trades at a similar free cash flow multiple as Orbitz, but is in a much better competitive position. Therefore, Expedia is the most attractive investment option of the three.

However, long-term investors should be aware that the industry’s lack of competitive advantages mean that margins will plummet once the global market is fully saturated. In other words, companies in this industry will be hot until they’re not.

The article Online Travel: Hot Until It’s Not originally appeared on Fool.com and is written by Ted Cooper.