Sometimes, as investors, we can lose sight of the bigger picture. We can get caught up in the latest fad and complex indicators, hoping to get an edge. In reality, we may be better off simply observing what the majority of the market and other investors are doing, then just do the opposite. 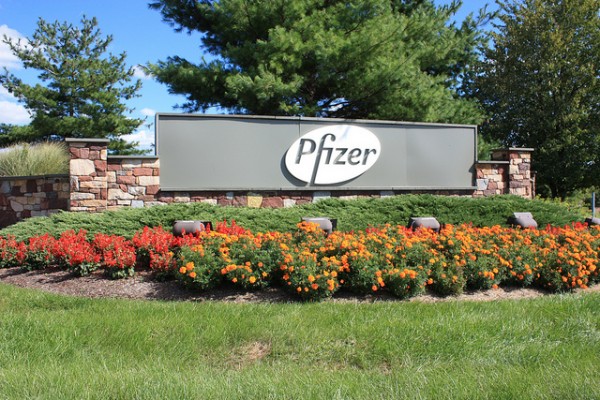 Far too many people focus on trying to beat the market, and in doing so end up trailing the market. I remember reading an obscure tidbit of information about Peter Lynch’s flagship, the Magellan Fund. While Lynch managed it, he successfully returned over 15% annually for 15 years. Yet, the average investor in the fund actually had a far lower return – lower than the average return of the S&P500 over the same time frame!

Why? This happened because investors tried to time the market, believing they were better at investing than Peter Lynch! Yet, their results clearly demonstrated they were not.

Knowing this, investing can become quite simple. Observe what the majority does and simply do the opposite. If the majority loses money or trails the market, then by default doing the opposite will position you for a greater chance of making money and beating the market.

My favorite way of positioning myself is to buy stock in companies that have a proven track record of being boring, but consistent, cash-generating machines that the market is mis-pricing because of secondary factors.

Currently, I see several opportunities that meet the criteria for long-term investing. They:

Are big companies that are dominant in their industry

Pfizer is the undisputed giant in the drug industry. With a market cap of over $200 billion, it’s a force to be reckoned with. There are small biotech companies out there that may strike it well with an obscure trial and see share prices increase 10 fold overnight. But, a company like Pfizer has stability and high quality earnings that few can match.

Pfizer Inc. (NYSE:PFE) has a deep and wide pipeline of new products in various stages of trials working to come to market. One of Pfizer’s strengths is that the company isn’t just relying on one specific trial; it’s working on several key drugs for key conditions, but the company also has breadth. Profitability isn’t hinged on the outcome of any one trial.

Pfizer’s financials are in excellent condition. It boasts very conservative valuation metrics and excellent returns on capital and assets. Pfizer Inc. (NYSE:PFE)’s price earnings ratio (P/E) is less than 12. Its operation profit margin is 32%. Management is effective, producing a return on equity (ROE) of nearly 12%, which is particularly good, especially in an industry with capital intensive drug trials.

If this isn’t enough, consider that Pfizer’s operating free cash flow is an impressive $17 billion per annum.

When all is said and done, in the long term it’s earnings that underpin a share price. When a company like Pfizer has numbers like these, I think it’s hard to go wrong by taking up a long-term position and letting time run away from you. As Buffett said, “it is when the tide goes out you find out who’s been swimming naked.” If the tide goes out, Pfizer Inc. (NYSE:PFE) is probably a swimsuit you want to own!

It’s for a very good reason that Exxon Mobile is the world’s largest company – it’s in an industry with staggering, sustained demand and they are very, very good at what they do.

Exxon is truly an excellent manager of capital, particularly when you consider the scale at which they operate. It’s not a matter of allocating just a couple million dollars to some promising projects. Instead, Exxon manages hundreds of billions of dollars of capital, and does so at great benefit to their shareholders.

Think about it – Exxon produces approximately $800 million of profit each week! This is mind-boggling, to say the least. Think of it this way: imagine getting $3 every week from every single person living in the United States – that’s comparable to the profit Exxon Mobil Corporation (NYSE:XOM) produces.

I find it hard to see how the demand for oil and natural gas can significantly decline over the next 10 years. With over 70 million people being added to the population each year, the demand for fuel will only grow.

Exxon Mobil Corporation (NYSE:XOM) continues to position well for this. Producing a 28% ROE demonstrates, at least to me, that senior management knows what they are doing. Even when you take into account the core product, oil, is subject to an enormous number of external influences, Exxon is still able to consistently product healthy profits.

Exxon is carrying approximately $11 billion of debt, but, relative to its size, this is not a worrying figure. This is especially true when you consider the company’s operating free cash flow for the last 12 months was $57 billion.

I think it’s fair to say that Exxon Mobil Corporation (NYSE:XOM) has significant capacity to expand and acquire and develop new projects, if management views them as adding value. I think if an investor were to buy Exxon today at its current 9.15 PE, and hold it for 10 years, they would most likely be sitting on a handsome return at the end of that decade.

Apple, according to it’s share price, appears to have fallen on hard times. After peaking at just over $700, the stock has declined some 35% in recent months. Yet, the question I would ask is have Apple’s earning declined by 35% or did gullible investors just get caught up in the hype and believe that Apple would continuously grow large quarterly earnings forever?

Will Apple continue to dominate the smartphone/tablet market? Probably.

Will Apple be able to expand its product range and continue to innovate? Probably

Will Apple grow its earnings by 28% per year forever? Doubt it.

Does Apple on a PE of 10 represent a great buy? Likely

Apple at a PE of 10 represents a good long-term value buy. Forget about making 100% in a single year because “a stock is hot.” That’s what gullible people do. Focus on buying companies that have reliable earnings that are under-appreciated by the market, but that will actually do well over time.

Apple looks like an excellent company. It has great products, adored by a large base of loyal fans. It appeals to both the personal consumer as well as the corporate user. It’s very managed, with an impressive 38% return on equity. Dividends are paid from just a fraction of earnings. The company has no debt, a mountain of cash it can deploy into R&D or an exciting acquisition, and oodles of free cash flow.

Apple is an excellent company by any measure. I feel investors could do nicely with Apple because people still view it as what was a ‘hot growth’ company. If you were to buy Apple as a value play and hold it for the long term, it would provide you with a consistent, steady return.

That’s the name of the game – steady returns that are allowed to compound over time – not looking for the fast buck from a stock that just touched a Bollinger Band, or where the stochastic is now looking fantastic.

Buy good companies with strong, quality earnings at reasonable prices and you will likely outperform all the experts, who are constantly trading in and out of markets because they believe they’re smarter than everyone else!

The article Companies That Print Money! originally appeared on Fool.com and is written by Jarrod Bailey.