The most popular small cap stocks (those with market capitalizations between $1 billion and $5 billion) among hedge funds generate an average excess return of 18 percentage points per year according to our research on 13F filings (learn more about hedge funds’ small cap picks). We think that this is because institutional investors and the financial media pay less attention to smaller cap stocks, and so hedge fund research teams are more likely to uncover an undervalued (or overvalued) stock. While small cap picks from hedge fund managers shouldn’t be blindly imitated, we think they can be useful sources of initial investment ideas. Read on for our brief thoughts on Tiger Cub John Griffin’s Blue Ridge Capital’s top small cap picks as of the end of December or see the full list of Griffin’s stock picks.

Blue Ridge increased the size of its position in Owens Corning (NYSE:OC) by 24% to a total of 6.7 million shares. The company, which produces glass fiber composites and other building materials, has underperformed sell-side earnings expectations in each of the last four quarters (sometimes dramatically), with the Street currently being bullish enough that the forward P/E is 12. Billionaire Steve Cohen’s SAC Capital Advisors was also buying Owens Corning in the fourth quarter of 2012, closing December with 2.7 million shares in its portfolio (find Cohen’s favorite stocks). 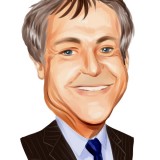 The fund reported owning almost 14 million shares of $4 billion market cap Mexican bank Grupo Financero Sntdr Mxco SAB de CV ADR (NYSE:BSMX) in the filing. The bank became publicly traded on the NYSE in September 2012, and is up 26% from its levels shortly after that point- easily outperforming broader market indices. Grupo Financiero Santander has reported very high profit margins, and appears to be priced attractively relative to trailing earnings, but we’d certainly require more research to be comfortable thinking of it as a value stock.

Griffin and his team kept their holdings of Colfax Corp (NYSE:CFX) essentially constant over the course of Q4 at 5.4 million shares. Colfax, a manufacturing and engineering company, carries a market capitalization of $4.4 billion which places its valuation at 20 times forward earnings estimates. While revenue and operating income did increase massively last year compared to 2011, this was primarily due to acquisitions and the forward P/E is high enough in any case that we would avoid the stock.

According to the 13F, Blue Ridge cut its stake in WABCO Holdings Inc. (NYSE:WBC) by 19% but still owned 2 million shares as of the end of December.

In the fourth quarter of 2012, WABCO’s revenue fell by 11% versus a year earlier and this helped bring net income down by 15%. As an auto parts company (with a focus on transmission and braking systems) WABCO is highly dependent on macro demand and so the stock’s beta is 2.3. With the trailing earnings multiple at 15, we think that there are probably better values in the auto space.

Youku Tudou Inc (ADR) (NYSE:YOKU), the Chinese Internet video and advertising company, rounds out our list of Griffin’s small cap picks. Youku Tudou Inc (ADR) (NYSE:YOKU) is unprofitable on a trailing basis, and Wall Street analysts expect it to report net losses this year as well before earning $1.38 per share in 2014 (though there is a very wide range to that forecast, with some analysts predicting continued losses). The stock is down 32% in the last year, likely due to concerns over Chinese macro and worries about accounting fraud at Chinese companies.

As a result we’re not excited about Youku Tudou Inc (ADR) (NYSE:YOKU), and in fact many of Blue Ridge’s small cap stocks seem like they might best be avoided at least for now. Owens Corning (NYSE:OC) has at least some value prospects, though in that case we would prefer to wait for more data given the company’s fairly weak recent performance. Grupo Financiero Santander does look interesting, but given that it is a foreign bank we’re sure many investors will prefer to avoid it and certainly it would be important to dig more deeply into the financials before making any buying decision.