Small-cap stocks Orchid Island Capital Inc (NYSE:ORC), Sarepta Therapeutics Inc (NASDAQ:SRPT) and First Bancorp (NYSE:FBP) have all dropped by more than 8% so far today. The specialty finance company Orchid Island Capital Inc (NYSE:ORC) has dropped around 8% so far. Medical research company Sarepta Therapeutics Inc (NASDAQ:SRPT) has also lost around 8%, while Maine’s community bank First Bancorp (NYSE:FBP) has lost around 15% since the markets opened this morning. Why was there a huge drop in these stocks and what do hedge funds think about them? Let’s look for the answers. 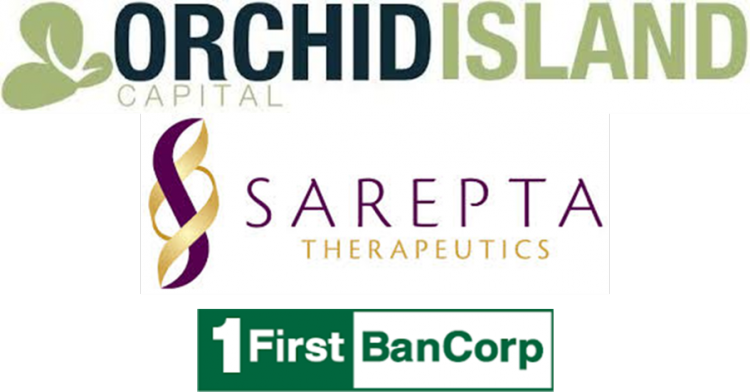 We track hedge fund and insider activity on stocks mainly to get the perspectives on the stock from the brightest and most knowledgeable minds in the world. Hedge fund managers can use their vast experience to give us a better insight into the stock, but insiders always have that little bit of additional information about a stock, well before the portfolio managers and analysts know about it. So it is very important to keep track of both of these metrics on a stock. Hedge funds have been underperforming the market for a very long time. However, this was mainly because of the huge fees that hedge funds charge as well as the poor performance of their short books. Hedge funds’ long positions actually performed better than the market. Small-cap stocks, activist targets, and spin-offs were among the bright spots in hedge funds’ portfolios. For instance, the 15 most popular small-cap stocks among hedge funds outperformed the market by more than 85 percentage points since the end of August 2012, returning over 145% (read the details here). This strategy also managed to beat the market by double digits annually in our back tests covering the 1999-2012 period.

At the end of the first quarter, a total of six of the hedge funds were holding long position in Orchid Island Capital Inc (NYSE:ORC), a change of 20% from the fourth quarter. But this does not mean that hedge funds were bullish on this stock, because the aggregate capital invested by these hedge funds dropped by 12% to $4.5 million in the first three months of this year. On the contrary the stock had gained about 1.3% in the first three months. This clearly shows that hedge funds were not bullish on the stock, despite the fact that the overall number of hedge funds holding positions in the stock increased. David  E. Shaw‘s D E Shaw holds the largest position in the stock, of around 111,301 shares valued at $1.5 million at the end of the first quarter. But D E Shaw had 195,000 shares valued at $2.5 million at the end of the fourth quarter. Speaking about insider activity on the stock, there was no insider sales of the stock in the last few months, but there were a few insider purchases. Orchid Island Capital CEO Robert Cauley purchased around 3,000 shares in the first quarter. This shows that insiders were bullish on the stock.

Medical research and drug development company, Sarepta Therapeutics Inc (NASDAQ:SRPT) lost around 8% of its value so far today. The stock had gained in triple digits (110%) in the month since it had updated the status of its lead drug eteplirsen for Duchenne muscular dystrophy. But why did the stock lose around 8% today? Sarepta announced earlier an agreement with Midcap Financial to borrow up to $40 million at an annual rate of 7.75%. This debt financing deal has apparently not impressed investors, who reacted by selling down the stock from its massive highs. Lets take a look at how hedge funds traded this stock.

Financial Holding Company First Bancorp (NYSE:FBP)’s stock took a huge dip of around 15% so far today. This drop was mainly due to Guggenheim’s downgrade of the stock to a ‘Neutral’ rating from a ‘Buy’ rating. In the last couple of months there were other downgrades too, from both Zachs and TheStreet. But did the hedge funds expect that this stock would plunge like this?

Hedge funds were mildly bearish on Orchid Island Capital and First Bancorp, but hedge funds were positive on Sarepta Therapeutics. Despite the fact that Sarepta Therapeutics has lost around 8% today, the stock had gained around 100% since the beginning of this year, so hedge funds certainly haven’t lost out on anything because of today’s drop and appear to have been correct in their bullish assessment. Orchid and First Bancorp on the other hand have not gained significantly since the beginning of this year, so hedge funds remaining bearish on the stock also seems to have been the wise choice, as it appears they have correctly predicted the short-term performance of all three of today’s big losers.