Over the past two months, investors have brought Verizon Communications Inc. (NYSE:VZ) to question over the disappointing losses it posted in Q4 2012. Recording losses of $4.22 billion, the telecom bigwig widened its loss more than 100% from $2 billion a year earlier. Despite starting the year on a bearish note, investor sentiment still remains positive in light of Verizon’s growth prospects. 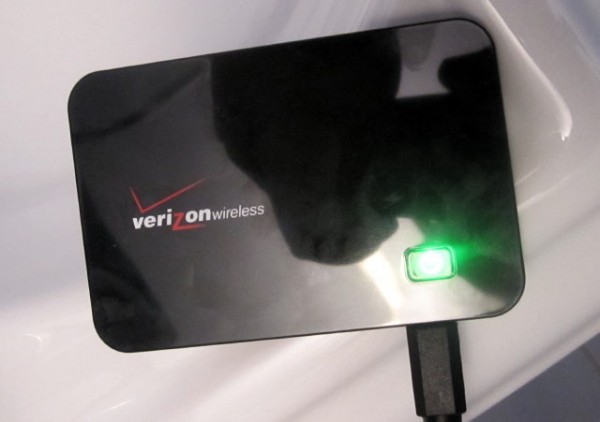 Although I have convictions that the growth story is overdone, more so with regard to percentages and degree of growth, I still believe that the carrier will grow moving forward. The stock has gained close to 11% since the onset of the year. The last time I penned something on Verizon (some two weeks ago), its stock had gained 17.6 % year over year. The current year over year gain (as of this writing) now stands at 21.35%. Considering how Verizon is currently positioned, this upturn may stretch out into forthcoming quarters.

Verizon Wireless, Verizon Communications Inc. (NYSE:VZ)’s crown jewel, has been a key issue among investors. In addition to giving Verizon an edge over its close competitor AT&T, Inc. (NYSE:T), Verizon Wireless unarguably accounts for most of Verizon’s growth.

In light of the possibilities that Verizon Wireless presents to Verizon, speculation over Verizon buying out Vodafone’s 45% stake in the venture has risen. In the latest twist to this timeless buyout debate, Citigroup has upgraded Verizon on possibilities of the deal.

Citigroup, which presses for a ‘buy’, argues that the deal could be done offshore. Going by this assumption, Verizon may not hold liability for any capital gains tax, and as such, could greatly benefit from the deal.

Whether or not Verizon Communications Inc. (NYSE:VZ) follows through with the deal is a question that could best be addressed by the company’s board. Nevertheless, the focus on a possible deal shifts the attention to the instrumental role that Verizon Wireless plays.

I personally believe that, with or without a deal, Verizon Wireless gives Verizon a huge edge over its competitors. AT&T, for instance, has a smaller wireless segment as demonstrated by its smaller 4G footprint. A back on the envelope calculation actually shows that Verizon has roughly 270 more 4G networks when compared with AT&T. Figures relating to Q4 2012 pegged Verizon’s networks at 476 and AT&T’s at 200.

Going by this forecast, the entrant of a third force, or a third ecosystem if you may, is matter of when and not if. As it is, Apple Inc. (NASDAQ:AAPL) and Samsung currently dominate the smartphone market. Other fringe players, like Nokia Corporation (ADR) (NYSE:NOK) and BlackBerry, are aggressively pushing to get into the mainstream market.

Nokia Corporation (ADR) (NYSE:NOK), in particular, is highly aggressive. Company CEO Stephen Elop, in a recent address, even went to the extent of throwing an iPhone on live TV. While talking about the Lumia 620 in a Finnish TV interview, the CEO for a moment took out his frustrations on a hapless iPhone. This action speaks volumes of the degree to which competition has swept through the smartphone market. I am inclined to believe that this competition will see the rise of a third force in 2013 or 2014.

The rise of a third ecosystem could only mean better business for Verizon. For starters, most handset makers gravitate toward the carrier because of its 4G roll out. Data has become a primary selling point for handset makers, and getting a carrier that can fully bring out the data capabilities of a smartphone is paramount.

The relationship between Verizon Communications Inc. (NYSE:VZ) and Apple will also make it a prime target among handset makers moving forward. I see a lot of deals coming its way. Out of the 9.8 million smartphones that Verizon activated in Q4 2012, 63%, or 6.2 million units, were iPhones. If smaller handset makers might want to gnaw into Apple’s huge share in the U.S., Verizon will definitely be the place to start.

With a dividend of $2.06 per share, which comes to a yield of 4.29%, Verizon Communications Inc. (NYSE:VZ) certainly gives investors a reason to hold on. I recommend a long position in the stock.

The article Verizon’s Growth Prospects Hold Despite Bottom Line Concerns originally appeared on Fool.com and is written by Lennox Yieke.