In the fourth quarter of 2012, Nokia Corporation (ADR) (NYSE:NOK)’s earnings finally moved back into the black. In addition, its stock price continued to move higher on above-average volume.  The problem with Nokia is that its fourth quarter earnings report left investors with more questions than answers. The biggest question is about how well Nokia’s smartphones will sell in China. 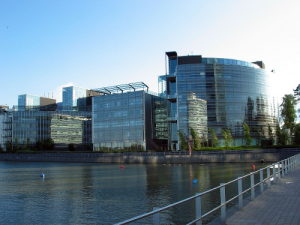 Nokia Corporation (ADR) (NYSE:NOK)’s return to profitability was the result of its cost cutting efforts, which included selling assets, consolidating operations and laying off a third of its employees. The company is officially in survival mode, and it is trying to buy time in the hopes that the sales of its Lumia, its Microsoft Corporation (NASDAQ:MSFT) Windows 8-powered smartphones, will take off. In order to raise cash the company sold its headquarter building in Espoo outside of Helsinki, Finland, as well as its luxury handset maker unit Vertu. The company finished the quarter with $11.97 billion in cash, which was 22% lower than in the fourth quarter of 2011.

However, to Nokia Corporation (ADR) (NYSE:NOK)’s detriment, not is all has been going well for Microsoft’s Windows 8. Samsung has stopped selling its Windows RT tablets in Europe and blames Windows 8 for dampening PC market growth. According to a recent Forbes article that quoted Jun Dong-Soo, Samsung’s memory chip division president, “The global PC industry is steadily shrinking despite the launch of Windows 8. I think the Windows 8 system is no better than the previous Windows Vista platform.” He also said, “Microsoft’s rollout of its Windows Surface tablet is seeing lackluster demand. Meanwhile, previous vigorous pitches by Intel and MS for thinner ultra-books simply failed and I believe that’s mostly because of the less-competitive Windows platform.” This points to an even bigger problem for Microsoft – nearly all of the company’s long-time partners in the PC realm are angered by the release of Surface.

Microsoft reported quarterly revenue of $21.46 billion for the second quarter of fiscal 2013. The company reported net income of $6.38 billion for the quarter, up from $5.87 billion in the same quarter of 2012. Earnings per share (EPS) of $0.76 were lower than in the same quarter in 2012. To my surprise, Microsoft’s Windows division, home to Windows 8, saw revenues jump 24% since the same quarter last year, generating nearly $5.9 billion in revenue. Despite these numbers, the core issue for Nokia is how Windows 8 is viewed. Is it an asset or a burden? Nokia Lumia users may have a better perception of Windows 8, but I believe it is more of a threat to Nokia than a tailwind.

Since its fourth quarter earnings announcement, Nokia Corporation (ADR) (NYSE:NOK)’s stock price has retreated sharply on extremely heavy volume. One of the primary reasons for the retreat is because investors are worried about the company’s drop in revenue from its smartphone sales. In the quarter the company sold 6.6 million smartphones; 2.2 million of those sales were of its old Symbian powered smartphones and 4.4 million were of its flagship Lumia model smartphones. These sales numbers were worrisome because Nokia’s future depends upon the success of its Lumia smartphones, and fourth quarter sales did not meet expectations. Nokia’s smartphone revenues were also disappointing, as they were down by 55% from the fourth quarter of 2011. Also, its 18% gross margin was deemed unsustainable, and was less than half of Apple’s iPhone’s gross margin of 38.6%. Despite the fact that Nokia has reduced its smartphone operating expenses by 34%, its margins were low because it was forced to reduce the price of its phones in order to maintain market share.

Microsoft Mail Services: What was the Deal with the Microsoft Hotmail, Outlook...Web Names Create Friction Among Top Companies: Amazon.com, Inc. (AMZN), Google...Nokia Corporation (ADR) (NOK) Could Be in Big Trouble: Microsoft Corporation...Google Inc (GOOG): One Tech Stock To Buy And Hold For The Long-Term

Can Research In Motion Ltd (BBRY) Rise Like the Phoenix With the Z10? –...