The award-winning show about the dysfunctional Bluth family returns Sunday, seven years after Fox cancelled the series. The revival coincides with Netflix, Inc. (NASDAQ:NFLX)’s own resounding comeback from a customer backlash over price increases and shareholders’ worries about rising expenses. The adversity had raised doubts about the company’s management and future.

Now, Netflix, Inc. (NASDAQ:NFLX) is winning back subscribers and investors with a bold attempt to establish its $8-per-month service as a home entertainment powerhouse that rivals the broadcast television networks and premium cable channels such as HBO. 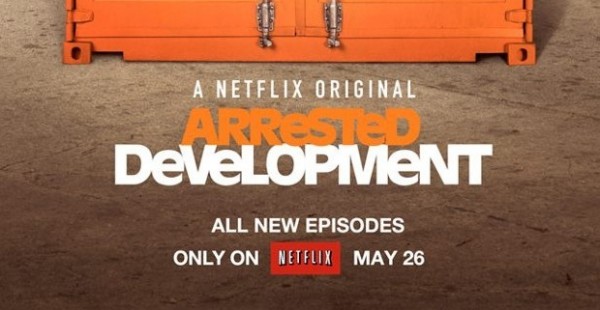 “Arrested Development,” a comedy that won six Emmy awards during a critically acclaimed three-year run, is the third exclusive series from Netflix, Inc. (NASDAQ:NFLX) this year. It’s part of Netflix’s effort to add more original programming to a selection that consists primarily of old TV series and movies.

The service is encouraging more people to forgo cable and satellite TV service and rely on Netflix to watch popular TV series a year or more after they originally were shown. Netflix also is empowering viewers to watch an entire season of a TV series in a matter of days instead of months.

Netflix CEO Reed Hastings isn’t done disrupting things yet. He is spending more than $2 billion annually, including about $200 million to finance original programming that can be watched on traditional computers, smartphones, tablets, video game consoles, and Internet-connected TVs.

By expanding its library of content, Netflix is hoping people will decide to spend their idle time on its Internet video service rather than play video games, fraternize on Facebook Inc (NASDAQ:FB), surf cable or satellite TV or watch a DVD. (Netflix started out as a DVD-by-mail rental service, but it is phasing that out in favor of Internet streaming.)

“We want our members to choose Netflix in these moments of truth,” Hastings wrote in a recent essay outlining Netflix’s philosophy.

By bringing back “Arrested Development” this weekend, Netflix is also trying to prove that people still want to see quality entertainment even when the weather is getting nicer and the days are growing longer. That runs counter to the philosophy of broadcast TV networks, which for decades have typically started the new seasons of their top TV series in September and stopped showing new episodes just before Memorial Day weekend.

BTIG Research analyst Rich Greenfield believes the scarcity of compelling choices on broadcast TV at this time of year is bound to help Netflix draw more viewers to “Arrested Development.” In a recent analysis posted on BTIG’s blog, Greenfield predicted that the total number of hours watched on Netflix in June might even surpass the Fox broadcast network for the first time.

If that were to happen, it would be an ironic twist, given that Fox canceled “Arrested Development” in 2006 over the protest of the series’ fervent fans. “Arrested Development” had low ratings during its run, but the viewers who did watch loved it. Others discovered the show later on DVD or Internet streaming — both of which have been available through Netflix.

The first three seasons of “Arrested Development” were being watched by so many subscribers that Netflix knew another season would be well-received by its existing audience and would likely lure new subscribers, too.

Like Netflix’s previous series, all 15 new episodes of “Arrested Development” will be released simultaneously to allow viewers to watch the show as if they were perusing a book and deciding how many chapters to pore through in a single sitting. “Arrested Development” is scheduled to be available at 12:01 a.m. PDT Sunday (3:01 a.m. EDT), meaning Netflix subscribers could conceivably devour the entire season before grilling on Memorial Day afternoon.