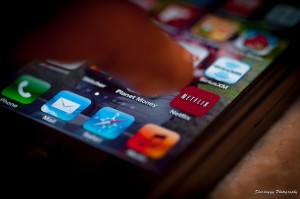 Buying a stock obviously comes down to many factors, and the final decision ultimately rests on personal preference. But to help investors decide whether or not now is the right time to buy Netflix, Inc. (NASDAQ:NFLX) stock, let’s take a look at the advantages the company has as well as the hurdles it’s likely to face in the near future.

What’s going right for Netflix
It’s been a monumental few months for the video-streaming darling. The stock is up more than 124% since the beginning of the year and 113% year over year. With its latest earning report release, the stock jumped 24% on Tuesday. But stock fluctuations aren’t a good reason for buying a company’s stock, so let’s look at what Netflix, Inc. (NASDAQ:NFLX) is doing to create those gains.

This past quarter, Netflix increased U.S. subscribers by 2 million, bringing its total U.S. subscriber base to more than 29 million. Part of the subscriber increase is likely from its hugely popular original series House of Cards that aired a few months ago. The show brought in Hollywood director and producer David Fincher as well as actor Kevin Spacey. House of Cards received glowing critic reviews and a very warm welcome from Netflix customers.

Following the success of the show, Netflix, Inc. (NASDAQ:NFLX) released a horror series called Hemlock Grove from director Eli Roth. More Netflix customers watched the new show in its first weekend than they did House of Cards. Keeping with the original content theme, next month the much-anticipated Arrested Development series will return to television via Netflix, and the company has already hired the Wachowski siblings (of The Matrix trilogy fame) to create a sci-fi series that will launch in 2014.

Despite its current success with the shows, Netflix’s premium original content is still a gamble that original content will create additional subscribers. House of Cards cost $100 million to create two seasons and Hemlock Grove costs $4 million per episode. But, so far, the original content has become an asset, mainly because Netflix, Inc. (NASDAQ:NFLX) has been able to create shows people are interested in watching.

This points to a larger theme among television viewers: relevant on-demand content. The old cable and satellite model is slowly breaking down as more users find the content through online streaming services. Netflix not only has a first-mover advantage in this space but also benefits from the mounds of viewing data it gathers from its users. The company can, and is, using that information to create shows that it knows will draw in the most subscribers — and keep current ones watching.

Why be wary
Netflix’s stock is currently trading at 165 times 2013 earnings per share. That’s not a typo — it’s really 165. Considering the average P/E ratio for the sector is about 14, the company’s stock is valued extremely high. For comparison’s sake, video-streaming competitor and online retail juggernaut Amazon.com, Inc. (NASDAQ:AMZN) sells for 182 times earnings. Reuters pointed out the other day that this makes Netflix the fourth most pricey stock on the S&P 500 right now, on a valuation basis.

Besides its current stock valuation, the company faces significant competition in the video-streaming space. The most direct comparison right now would be Amazon’s Prime streaming service. Similar to Netflix, Inc. (NASDAQ:NFLX), users can sign up for Amazon Prime and watch TV shows and movies on demand. But Amazon.com, Inc. (NASDAQ:AMZN) also offers newer movie releases that can be purchased separately, something Netflix doesn’t have.

Similar to Netflix, Amazon.com, Inc. (NASDAQ:AMZN) just released original content last week, albeit in the form of 14 pilot episodes rather than several full series. The pilots are available to subscribers and non-subscribers alike and Amazon asks everyone to vote for which shows they want the company to create a series for. If consumers respond positively to Amazon’s original content, it could create serious competition for Netflix.

The last concern, but certainly not least, is Coinstar, Inc. (NASDAQ:CSTR)‘s Redbox. The company recently launched Redbox Instant with Verizon Communications Inc. (NYSE:VZ), an online video monthly subscription service. Right now, Redbox only offers movies, which gives Netflix the upper hand. But Netflix investors shouldn’t ignore this move into online streaming. If anything, they should be concerned that another company moved from a physical DVD company into an online streaming service — just like Netflix has. Coinstar’s Redbox isn’t likely to take down Netflix anytime soon, but the fact that there is yet another online video-streaming option for consumers should worry investors at least a little.

Netflix, Inc. (NASDAQ:NFLX) investors should be happy with the company’s current run, but the online-streaming world can change very quickly. Think of how fast music-streaming service Spotify became a major competitor to Pandora. The online video world is wide open, and Netflix will need to continue to build its original content successfully, broker great deals with other content creators, and manage the business well in order to stay on top.

The article Is Now the Right Time to Buy Netflix Stock? originally appeared on Fool.com and is written by Chris Neiger.

Chris Neiger has no position in any stocks mentioned. The Motley Fool recommends and owns shares of Amazon.com, Apple, and Netflix.