Hedge funds are often thought of as solely being an investment tool for elite investors capable of risking millions, but there are also ways for the general public to piggyback off of their picks. We track 450 of the world’s top-tier hedge fund managers, and for more than a decade in our back tests, our small-cap strategy beat the market by 18% a year. Since we’ve started sharing these picks with the public, it has outpaced the S&P 500 by more than 20% (learn how here), indicating that ardent investors pay attention to the smart money.

With this in mind, it’s important to analyze each of the funds we track individually, and by using the latest round of fourth quarter 13F data from the SEC, we can see how they were preparing for 2013. Let’s take a look at one fund in particular: Catapult Capital Management, a subsidiary hedge fund of Israel Englander’s Millennium Management.

Sitting at No. 1 in Catapult’s equity portfolio is RPM International Inc. (NYSE:RPM). The Rust-Oleum maker outperformed the S&P 500 and DJIA at the start of the year but has since been lagging both indices after tumbling 7% on February 21st following a disappointing earnings report. The company reported EPS of $0.31 a share versus a 38-cent total for the same quarter last year. Although RPM International Inc. (NYSE:RPM) is slowly climbing off the $29.50 mark, it continues to underperform the major indices. Fortunately, shares should benefit from the overall good will being poured onto paint manufacturers—Sherwin-Williams (SHW) and Valspar (VAL), for example—as the home-improvement segment shows very respectable growth.

Coming in at No. 2 in Catapult’s top five is PPG Industries, Inc. (NYSE:PPG). Better-than-expected earnings have been a boost to Mr. Market’s perception of this stock, and the company’s product and geographical diversity enables it to be well positioned for continued growth.  The sell-side expects EPS growth to flirt with 15% next year before settling into an 8-9% average through at least 2017. This is worth noting because bottom line expansion averaged just above 3% a year over the past half-decade. PPG has certainly had a bumpy start to the year and is currently underperforming the S&P 500 and DJIA, but there is general expectation among analysts that this gap will start to tighten by the third quarter.

Considering the growth potential of this stock, it’s hard to believe that Monsanto Company (NYSE:MON) is third in Catapult’s top five instead of first. Although the past year or two have been somewhat eventful—and not in a good way—for the agriculture-biotechnology behemoth, it continues its steady and consistent climb over the $100 per share mark. A recent decision by the U.S. Supreme Court protecting Monsanto Company (NYSE:MON)’s second-generation seeds as intellectual property clears the path for continued dominance over competitors such as EI Du Pont De Nemours And Co (NYSE:DD), for example. 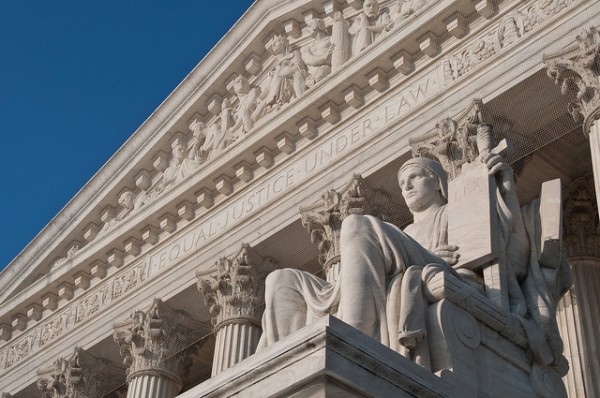 DuPont, by the way, lost a $1 billion settlement to Monsanto for producing genetically altered soybeans that were protected by Monsanto Company (NYSE:MON)’s technology—a key point investors should be aware of. The only other serious competitor in this market besides DuPont is Syngenta (SYT), which has been plagued by investigations into the safety of its pesticides and herbicides.

American International Group Inc (AIG) Vs. Apple Inc. (AAPL): How is This Hedge...

Acted on These Analyst Downgrades? You Should Seriously Reconsider: CF Industries...
Monthly Newsletter Strategy
Download a free copy of our newsletter and see the details inside!
Hedge Fund Resource Center
Billionaire Hedge Funds