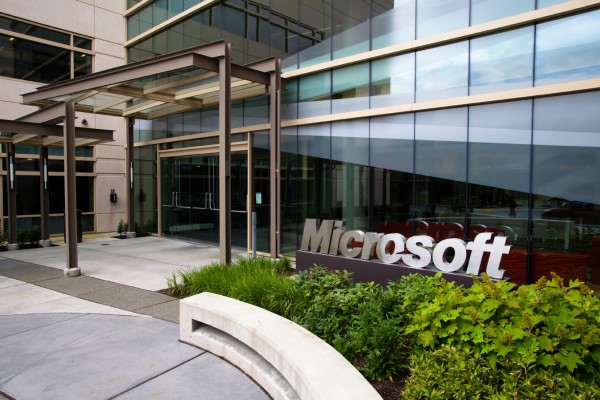 Tellem, who has been referred to as one of the most powerful women in entertainment, once served as the President of CBS Corporation (NYSE:CBS). During her tenure with the company, she helped steer the network to first place by acquiring marketable, mainstream content.

Tellem will be responsible for creating original video content as well as interactive video for the Xbox 360 game console, according to a New York Times report. Tellem will help Microsoft Corporation (NASDAQ:MSFT) create a new production studio. She has not revealed her specific plans for Xbox Live or any other Microsoft service / device, but an announcement is expected to come later this year.

In this article I will dig deeper into current stature of Microsoft’s entertainment business. I will also focus on how billions of advertising dollars will be redistributed among various players in the entertainment game.

The goal, Mehdi said, is to have premium content, voice control, and to be able to do things that users have never done before.

On the premium content front, Microsoft is dabbling in producing original material.

Microsoft-created content is likely to be part of the company’s existing paid Xbox Live subscription service.

Microsoft now has a 125-person studio in Santa Monica devoted to making content for the Xbox.

On the distribution front, the company isn’t looking to compete with cable TV and satellite, but instead intends to be a good partner with those companies.

Microsoft Corporation (NASDAQ:MSFT)’s video streaming business will directly compete with Netflix, Inc. (NASDAQ:NFLX), Redbox and Amazon.com, Inc. (NASDAQ:AMZN)’s Prime, along with many other small and medium streaming video companies. Netflix was the first to make a big splash with original content, producing original TV shows. Amazon is also forging ahead with original content, having set up its own lineup of TV programs that will exclusively be available through the company’s Prime streaming video service.

Microsoft Corporation (NASDAQ:MSFT) seems keenly aware that consumers are willing to pay top dollar for quality original shows that can’t be seen elsewhere. Adding its own batch of original shows to Xbox might persuade more people to continue using the Xbox for their video watching rather than other set-top boxes (Apple TV, Roku, Boxee, Google Inc (NASDAQ:GOOG) TV, etc.). For Microsoft Corporation (NASDAQ:MSFT) it’s like reinventing TV with the Xbox gaming console.

Microsoft Corporation (NASDAQ:MSFT) is looking to boost its EDD revenue by introducing original video content that will be viewed on Xbox. Apart from billions of dollars from ad revenue, Microsoft will earn additional revenue from increased sales of Xbox consoles and Xbox Live subscription fee.

It’s clear that Apple is ready to take its TV dreams to the next level. The only question remains is how. Options include making an HDTV itself, branching out into smart monitors and peripherals, buying a TV company as it is rumored to be considering with Loewe, or issuing a new STB (set top box) strategy, perhaps partnering up with pay-TV operators to become the middleware for operator-issued STBs. The latter is a rumor the Wall Street Journal explored last year.

“We think there is a huge developer opportunity in the living room, utilizing the existing Apple TV set top box, which may or may not be in advance of an actual television,” according to Jefferies & Co. analyst Peter Misek. “We think developers are clamoring for an opportunity to get access to that.”

Apple’s Tim Cook met with Beats Electronics CEO Jimmy Iovine in late February this year to talk about the company’s new ‘Daisy’ streaming music service, according to a report from Reuters. Daisy is set to launch toward the end of 2013. The iPhone-maker has been rumored to have been developing its own streaming music service for years now, and its recent moves with iCloud and iTunes Match seem to indicate it sees the value in streaming media. Digital music sales (of which iTunes makes up the lion’s share) also grew this year for the first time since 1999, with Apple accounting for around 60% market share.

Google’s
debut of a YouTube app and original channels showcasing talent and targeted content, and providing a simpler search interface, is just the latest step to easy access to video on all screens. It’s chipping away at the home TV screen, which is worth most because of the advertising dollars attached.

Google inviting third-party developers to do for next generation TV is brilliant and necessary. It will advance everyone’s efforts. But it is not about video content so much as it is about the billions of advertising dollars still tethered to conventional out-of-touch television.

Fortune has reported recently that Google is planning a YouTube subscription music service. The big advantage Google and Apple have is the synergy with the device businesses. Both could load their streaming services as pre-loaded apps on iPads, iPhones, iPods or Android devices.

The ultimate golden egg in the entertainment business is the e-transaction or sale that is the end game of advertisers and marketers. Television remains the dominant media with more than $60 billion in advertising spending last year, according to ZenithOptimedia. As the lines blur between viewing experiences, convenience, ease of access, and types of video (Xbox or TV shows and homemade YouTube videos), the advertising dollars will be redistributed across the all-screen video universe.

The article Microsoft Entering the Video Streaming Fray originally appeared on Fool.com and is written by Anindya Batabyal.