Microsoft Corporation (MSFT)’s Xbox One Will be a Massive Success

Microsoft Corporation (NASDAQ:MSFT) has received a lot of criticism in the video game community for some of the decisions it made with its latest console, the Xbox One. Specifically, there’s been a great deal of backlash over the lack of backwards compatibility and the still murky details surrounding the console’s used games policy.

Despite this criticism, Xbox One should be expected to sell very well, as it caters to a much larger market than a traditional game console. 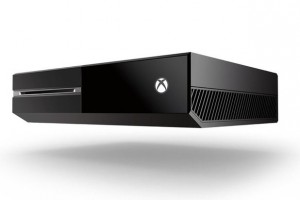 Given the way Microsoft handled the unveiling of its latest Xbox, this sort of feedback is understandable. During its hour long event, Microsoft spent little time on the actual gaming capabilities of the console, instead focusing on its entertainment prowess.

Microsoft Corporation (NASDAQ:MSFT)’s Xbox One is much more than a simple game console. As the name “One” might imply, Microsoft has created the device to serve as the focal point of a user’s entire entertainment center.

Xbox One interfaces with a user’s cable receiver, and allows for a seamless, voice-controlled TV experience.

Is the Xbox One really a game console?

Given the entertainment capabilities Xbox One offers, it might be more appropriate to see it as a competitor to Apple Inc. (NASDAQ:AAPL)‘s iTV rather than Sony’s PlayStation 4.

And that’s why it will be a tremendous success.

What constitutes “TV” entertainment has evolved over the years. Decades ago, it was only a few broadcast stations — TVs themselves could handle it easily. Then came cable, and with it, cable boxes. Then DVRs. Then Internet services like Netflix, Inc. (NASDAQ:NFLX) and HBOGO led to the rise of streaming devices like the Roku.

Along the way things got confusing. Remotes piled up. And those that weren’t technically inclined have become hopelessly lost.

Tech companies across the board have become aware of this problem, and have been working to offer solutions. Apple Inc. (NASDAQ:AAPL)’s founder Steve Jobs told his biographer that the company was working on solving the TV problem back in 2011.

So far, the results of Apple’s work have yet to materialize, but analysts have seen it as a reason to be hopeful on the stock.

Last month, Topeka Capital’s Brian White detailed his expectation for Apple’s upcoming TV: a 60-inch screen, FaceTime capabilities, and controlled with gestures. If one switches Skype for FaceTime, it’s as if White was describing Microsoft Corporation (NASDAQ:MSFT)’s Xbox One — except just a plug-in box, not a full, all-in-one TV set.

In his report, White said he believed Apple’s iTV would revolutionize TV entertainment in much the same way the iPhone revolutionized the smartphone market, and that coming revolution would justify his $888 price target.

If White is to be believed, then that revolution has just been unveiled — in the form of the Xbox.

For its part, Samsung’s been playing in this market for years. Its latest plasma model, the PNF8500, boasts voice commands, the ability to control the cable box, and built-in smart apps.

But at a price well over $2000, it’s more than most shoppers can afford. Moreover, other 60-inch plasmas can be purchased for $1000 or less, and given that affordable HDTVs have been around for almost a decade, most consumers already have a capable set sitting in their living rooms.

Microsoft Corporation (NASDAQ:MSFT)’s solution — a box that you plug in to an existing TV — is more practical, and more likely to be adopted by the masses. Final pricing for the Xbox One isn’t yet known, but it’s believed to be around $500. It could even be less if the rumors that Microsoft is considering subsidizing the console prove to be true.

Given the moves that Samsung’s making, it’s clear there’s a market for these features. But Microsoft has offered a better solution.

The Xbox One addresses a far larger market

According to a report from 2012, there are over 130 million “gamers” in the US. Yet, this statistic is a bit misleading. The number of US gamers has doubled since 2008, as free-to-play social games have grown in popularly. However, these gamers generally wouldn’t be interested in purchasing a dedicated console.

Realistically, the market for a high-end game console is perhaps 50-60 million in the US, at most. In fact, as of last fall, the Xbox 360 has sold only 70 million consoles worldwide.

The Xbox One offers the potential to far exceed that number. Although HDTV sales have started to decline, over 43 million LCD TVs were sold in the first quarter of 2012 alone.

Certainly, it would be insane to believe every owner of an LCD TV will buy an Xbox One. But the potential is there. To put it another way, nearly all of the people buying the Xbox 360 were hardcore gamers; the Xbox One gives buyers a compelling reason to own it even if they never play a single game.

Can it affect the stock?

Microsoft Corporation (NASDAQ:MSFT)’s stock was little moved on the day the Xbox One was unveiled, and traded largely alongside the market on Wednesday. Even if the Xbox One was a flop, it really wouldn’t affect Microsoft’s larger business, which remains dependent on Windows and Office. For all of 2011, Microsoft’s entertainment division (which includes Xbox) generated only about 1/27th of the company’s profit.

But Xbox One won’t be a flop. It offers a simple solution to the growing TV interface problem, and should attract a lot of buyers who aren’t otherwise interested in gaming.

Although Xbox is seen as a minor part of Microsoft’s business now, the division could balloon in the coming years. Microsoft’s potential to dominate the living rooms of millions of consumers does not appear to be factored into its stock price

The article Microsoft’s Xbox One Will be a Massive Success originally appeared on Fool.com and is written by Salvatore “Sam” Mattera.