Since 2009, Microsoft Corporation (NASDAQ:MSFT) has been trying to replicate much of Google Inc (NASDAQ:GOOG)’s business, and has thus far met with little success. But recently, the company has been targeting Google with an aggressive advertising campaign. Could it work? 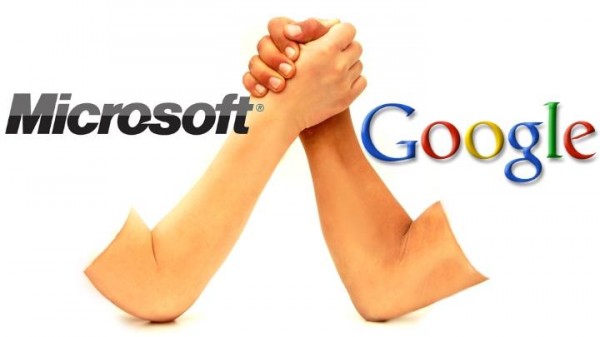 In 2009, Microsoft Corporation (NASDAQ:MSFT) unveiled Bing — its first and most obvious attempt at replicating Google Inc (NASDAQ:GOOG)’s business. Bing has slowly grown in popularity, but remains a distant number two to Google.

As of April, Google continued to account for about two-thirds of desktop search; Bing about 17%. Yahoo! Inc. (NASDAQ:YHOO) accounted for roughly 12%, which could be counted for Bing, given that Microsoft’s technology powers Yahoo’s search engine. Still, Google Inc (NASDAQ:GOOG) remains the king of search, and has definitively held that title for several years.

But it isn’t just desktop search. Microsoft Corporation (NASDAQ:MSFT)’s been going after Google’s other Internet properties as well — redesigning its web email to be more akin to gmail, creating SkyDrive, and partnering with Facebook Inc (NASDAQ:FB).

For years, Google has had an achilles heel, one that Microsoft is attempting to exploit now: privacy concerns. But is this legitimate, or the stuff of conspiracy theories?

To be sure, a user who fully embraces the Google ecosystem is giving the company a tremendous look into their life. One need only consider that Google searches composed a big chunk of the evidence used to prosecute Casey Anthony.

In fact, through web searches and browsing history, Google might know more about many people than their own family members.

The question is, do people not realize this? And if they don’t, would they really care?

Microsoft hopes that’s the case. The company’s Scroogled advertising campaign attempts to shed light on number of facts about Google that, on the surface, appear downright creepy. Microsoft points out that:

1). A user of gmail has their emails read by a computer

2). Google gives the name, email, and address of all Android app buyers to the respective sellers

Many of Microsoft’s anti-Google talking points don’t really stand up on closer scrutiny (for example, gmail is read by a dumb spider for the purpose of generating ads based on keywords). That aside, the larger question remains: do people actually care?

I would contend that the majority of people do not. A small section of the populace might be turned off, but these people likely aren’t using Google’s services anyway — Microsoft’s advertising won’t tell them anything they don’t already know.

People love to pay lip service to online privacy, but when it actually comes down to it, it’s largely just that — lip service. The Facebook Inc (NASDAQ:FB) profiles of millions of people are perfect testimony.

When it comes to diligent users of Facebook, profiles can serve to track a user’s entire life — their relationships, their family members, which companies they like, where they work, their political beliefs, their children and so on.