A Trend that Makes Little Sense

Shares of the cloud-based software and programming company Workday Inc (NYSE:WDAY) ended Wednesday’s trading session with gains of 0.48%, after originally losing 3.50%. The recovery in shares of the company was quite remarkable, because after all, Wednesday was the day of its 180-day post-IPO lock-up. While Workday may have dodged a bullet on this day, history tells us that its good fortunes won’t continue for long.

In the post-IPO lock-up, approximately 63 million shares (including more than 14 million exercisable stock options not currently included in the share count) were made available to the market. Since its IPO, the stock has had a float of just 26 million shares, which is incredibly low for a company of its market capitalization. 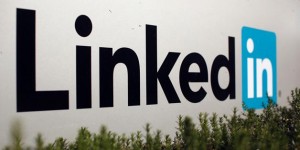 Considering Workday Inc (NYSE:WDAY)’s small float of just 26 million shares and the 63 million shares that were coming to market, it seemed logical that shares would take a deep dive. However, this did not do the trick! For some reason, this stock is resilient, and continues to trade higher or at worst flat despite all teachings of value playing against it.

A Look at Valuation in a Logical Manner

I think what’s important to realize about Workday Inc (NYSE:WDAY) is not that it has somehow defied the trading odds, but that recent happenings suggest a near collapse in its price. Not only has the float now expanded, but on the most recent settlement data of  March 28 there was a 441,893 share increase in total short interest for the stock. This represents an 11.2% increase!

The problem with Workday is, like I said, it defies the odds. With the short interest rising and a 250% increase in new shares to its float, the stock should have fallen. Yet perhaps the most damning number of all is its valuation. But much like other pieces of data, the market seems somewhat oblivious, not caring or showing any level of concern that maybe shares of Workday are too high.

Now, I am not saying that Workday Inc (NYSE:WDAY) isn’t a good company, or that it won’t be significantly larger in the next 10 years. But for a company to have a market cap of almost $10 billion with just $273 million in sales and an operating margin of negative 38.94%, its valuation is a bit mind-boggling. In fact, there really are no comparisons. But for the sake of “fun,” let’s compare Workday to another fast-growing technology company that most consider to be expensive.

The Most Expensive Looks Cheap – When Compared to Workday Inc (NYSE:WDAY)

LinkedIn Corp (NYSE:LNKD) is a social media company that has also performed well since its IPO. The two companies have very similar growth, with LinkedIn Corp (NYSE:LNKD) growing 81% during its most recent quarter and Workday growing 88% during the same period. The only difference is that while Workday is nowhere close to achieving profitability Linkedin trades with operating margins of almost 6%. Therefore, Linkedin is the much more efficient of the two, and is also larger.